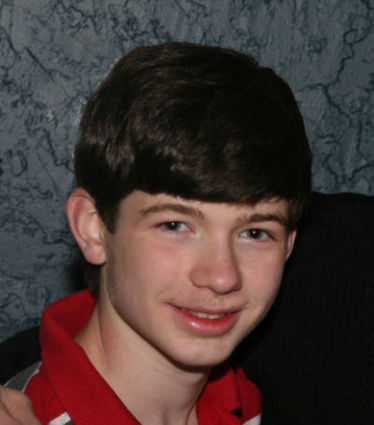 The American Hebrew Academy recently extended invitations to six Jewish Academy of Orlando eighth-graders for admittance into its Honor Society. Now in its fifth year, the American Hebrew Academy Honor Society is an international honor society that acknowledges exceptional students who have demonstrated excellence in academics, athletics, the arts, leadership and service to their communities.

"To be named a member of the American Hebrew Academy Honor Society is a great achievement," said Mark Spielman, director of the Honor Society. "We look forward to meeting each of the honorees and following their successes as they make great contributions to our society."

Academy Executive Director Glenn Drew added, "The Academy is an exceptional institution with an outstanding faculty and student body. Identifying stellar students follows our mission of mentoring the Jewish leaders of tomorrow."

These students were nominated by school personnel, rabbis, Jewish community professionals, camp directors, counselors, or their coaches because they are bright, hard-working, and well-rounded. Here is a little more about each student:

Joshua Finkelstein, son of Howard and Kim Finkelstein of Longwood, is a leader both on and off the field. As co-captain of his soccer team, he makes sure each player feels included and comfortable. Off the field, Joshua tutors special needs kids at his synagogue, helping them prepare for their b'nai mitzvot and making sure they feel heard. He's also a great participant in his school's multi-faith program, which meets with Christian and Muslim schools in the area. Joshua also runs cross country and spent last summer as a technology assistant at the JAO. "I am honored and thrilled to be inducted into the American Hebrew Honor Society," said Joshua. "Without the inspiration of my loving and supporting family as well as academic opportunities at JAO, I wouldn't have been able to accomplish this achievement."

"Hebrew and Judaica have been such a big part of my life for as long as I can remember. Being inducted into the AHA Honor Society is just the proof that all my years of Jewish learning has created a strong Jewish individual ready to take on the world!" said Sophie Libow, daughter of Michael and Renee Libow of Maitland. Sophie values community and it shows in everything she does. Whether she's playing soccer, acting in a play or serving on the board of her youth group, she continually looks for ways to bring people together. A gifted student, Sophie still finds time to volunteer with Give Kids the World and serves as a teacher's aide at her synagogue.

Estrella Varnagy, daughter of David and Miriam Varnagy of Maitland, is a member of the National Junior Honor Society and is vice president of the student government at JAO. "I'm honored for being accepted into the American Hebrew Academy Honor Society," she said. "I feel this achievement wouldn't be possible without the strong academics and the Jewish education from The Jewish Academy of Orlando." In addition to excelling in her studies, Estrella loves basketball, rowing and drama.

Jordan Greenberg, son of Michael and Lauri Greenberg of Longwood, is always ready to lend a helping hand to anyone in need. He is a great athlete and serves as team captain for his Fitness and Nutrition class. Jordan approaches every opportunity with enthusiasm and a positive attitude. As a former vice president of JAO's student council, he has proven himself a leader in all aspects of his life.

"I am honored to be given this unique award because the American Hebrew Academy emphasizes Jewish learning as well as academic excellence, which are both very important to me," said Shira Weiss, daughter of Kevin and Rona Weiss of Winter Park. Shira is president of JAO's student government. She enjoys learning and playing instruments, including the piano, drums and guitar. Taking after her grandmother, Harriet Weiss, she is also an active participant in JAO's theater productions and is an avid dancer. She is a member of the school yearbook staff, working hard as a photographer and editor. 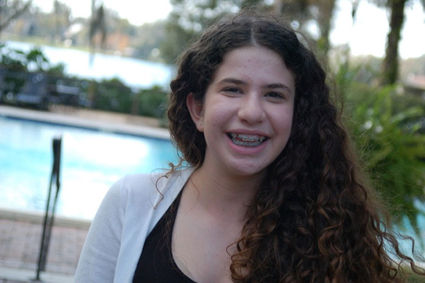 Rachael Henig, daughter of Alan and Risa Henig of Casselberry, is thrilled with this invitation, stating, "I am very honored to have been accepted into the AHA honor society and I feel that this couldn't have happened with out the support of my amazing school and teachers." Rachael belongs on the stage. A singer, actor and dancer, she is involved in theater both at JAO and with Next Generation Kids. In addition to her onstage talents, she has also helped behind the scenes with makeup and costume design. A true self-starter, she is teaching herself Japanese and is active in martial arts. Rachael is currently secretary for JAO's student government.