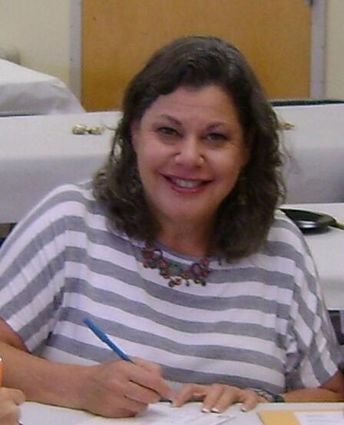 I never cease to be amazed...

Last column I spoke about Israel and all its breakthroughs in medicine. Well... here is another. I recently received a letter from Rabbi ANDREW SKLARZ of Greenwich Reform Synagogue, Greenwich, Conn. Besides being a rabbi, he is a social worker, and trained psychotherapist. He has served as a pastoral counselor at Memorial Sloan-Kettering Cancer Center, NYC. He wrote in part: "It was 2001... just hours before I would step onto the Bima to conduct the Erev Rosh HaShanah service, but instead I found myself lying on an examination table in the cancer ward at my local hospital." (His diagnosis was chronic myelogenous leukemia.)

"The bone-marrow of my only sibling was not a match. I had to put myself on a list and hope for a donor match from a kind-hearted stranger." (He was only 42 years old at the time and had a newborn son.)

"The words in our prayer 'Who shall live and who shall die' were especially pronounced as I sat in that cancer ward just hours before I would lead my congregation so that we might all be inscribed in the Book of Life.

After my diagnosis, a leukemia specialist said 'let's try you on Gleevec.' Following my next bone marrow biopsy just 56 days later, I was handed a piece of paper that read 'no evidence of the Philadelphia Chromosome." (Leukemia).

Then Rabbi Sklarz writes "Thank you Israel Cancer Research Fund for funding the brilliant scientists in Israel whose research work led to the development of this drug. You helped save my life."

(The molecular structure of the Philadelphia Chromosome, attributable to leukemia was identified by ICRF researcher Dr. ELI CANAANI, leading the way to Gleevec's development. Once again, Israel led the way!)

To learn more about Israel Cancer Research Fund (ICRF) you can google it on-line ... and even donate online.

Recently, our own JUDY KAHAN was named "Mensch of the Week" by the Jewish Federation of Greater Orlando (JFGO). This is what they said:

"Judy Kahan is our mensch of the week! Judy has been the chairperson of the Jerome J Bornstein Leadership program for the past two years.

She transitioned from being a full time Jewish professional in the community, as the director of Kinneret Senior Housing for almost 15 years, to retirement living in Israel for a time, and back to Orlando.

When she decided to come back to the community as a volunteer, it was only natural for her to come back and spend her time working with young emerging leaders.

Another Mensch in our community....

Here is an email from NANCY LUDIN, executive director of the Jewish Pavilion:

LOIS SILVERBERG gives of herself without fan- fare. For years, she has been going to Savannah Court. She has provided floral arrangements for Shabbat, served food at Shabbat lunches, served on the Friends of the Jewish Pavilion Board and more.

This year, she comes every week to Savannah Court to help GLORIA NEWBERGER lead a sing- along. What makes Lois extra-special is that she asks for nothing in return. She is always compassionate and caring. When she serves sweets to the seniors, she stops to talk to each individual and goes out of her way to make each person  feel special."

(How wonderful to feel special!)

Look who's coming to town...

"Jersey Boys" is coming... (NO, I DON'T MEAN GOVERNOR CHRIS CHRISTIE AND HIS CRONIES!) Rather, I mean the hit Broadway musical "Jersey Boys."

It returns to Orlando to once again delight audiences. It opens at the Bob Carr Performing Arts Centre on April 15TH and continues through April 27.

"Jersey Boys," winner of the 2006 Tony award for Best Musical, is documentary-style jukebox musical in every sense. The show's story and its songs together tell the tale of New Jersey boys from the wrong side of the tracks who became The Four Seasons, one of the most popular musical acts of the 1960s. The show is written by Marshall Brickman and Rick Elice, with music by Bob Gaudio and lyrics by Bob Crewe.

This documentary-style jukebox musical aptly tells its tale over four seasons, with each season narrated by one of band members: lead troublemaker Tommy DeVito, quirky and loyal Nick Massi, musical wunderkind Bob Gaudio and, of course, the diminutive Frankie Valli, whose dreamy falsetto lead vocals would go on to define the band's inimitable style.

"Jersey Boys" weaves in much of the group's classic hits, including "Sherry," "Big Girls Don't Cry," and "Walk Like a Man" as well as post-Four Seasons songs like Gaudio-Valli smash "Let's Hang On! (To What We've Got)" and Valli's breakout hit "Can't Take My Eyes Off You," as well as popular tunes of the day like "My Boyfriend's Back" by The Angels.

Imagine the TV hit "The Sopranos" on Broadway, set to music, and you'll have some idea of what "Jersey Boys" is all about: mob ties, gambling addiction, infidelity, loan sharks, crippling debt and mismanaged money, divorce, death, plus the painful estrangement of life on the road. The drama The Four Seasons lived was far deeper than their pop songs would suggest.

After opening on Broadway in 2005, Jersey Boys garnered mass acclaim from audiences and critics alike.

Hymie is a very rich and successful businessman. As it is his wife, Rivka's birthday, he decides to buy her a really special birthday present.

So he tells his chauffeur to take him to Park Avenue where he finds a very special shop that sells precious art and he soon finds what he's looking for... a beautiful Rembrandt painting and he buys it without a moments hesitation at its more than two million dollar price.

As soon as Hymie gets back home, he opens his front door and shouts, "Rivka, Rivka, have I got a Rembrandt for you!" To which Rivka replies, "Efsha, it will make a skirt." 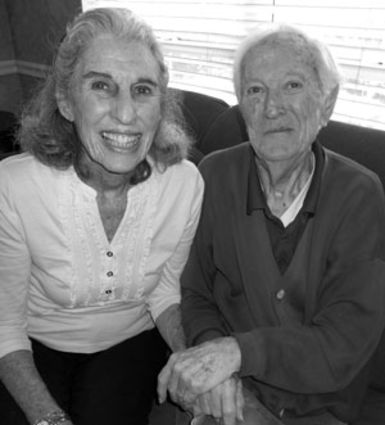 (Everyone who sews will understand this joke.)