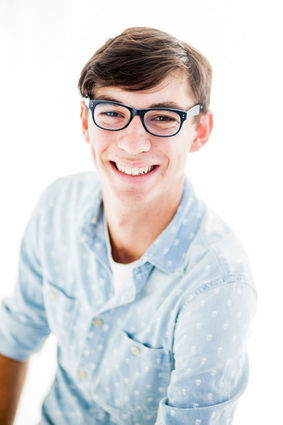 Jacob Gardenswartz started the Theater of Peace: The Beyond Bullying Experience.

WASHINGTON (JTA)-Sitting through an eighth-grade assembly as a police officer spoke of the dangers of bullying, Jacob Gardenswartz thought there had to be a better way to teach these important lessons.

"I got the idea to really make it incredible so kids would stay engaged and wouldn't tune out," said Gardenswartz, now a senior at the Francis Parker School in San Diego.

He set out to recruit other young actors, mostly from his friends, and formed Theater of Peace: The Beyond Bullying Experience, a performance of short, interactive skits that educates elementary, middle and high school students about bullying.

A group of eight or nine actors meets weekly for rehearsals and performs once or twice a month at schools around San Diego, said Gardenswartz, who also serves as a director alongside an adult director.

The ensemble tackles issues related to racial, religious and sexual orientation intolerance and discrimination, as well as domestic abuse, eating disorders and cyber-bullying. In the four years since its inception, Theater of Peace has performed at over 200 assemblies and reached more than 2,000 students across the city.

"Bullying is not a black-and-white issue in my mind," Gardenswartz said. "It is something that every student has had some interaction with. Our program targets the bystanders. We say that we turn bystanders into upstanders, to stand up for their friends and classmates."

Gardenswartz said he hopes to start a club for Theater of Peace on whatever college campus he attends in the fall and perform the program at schools in that local community.

For now, he is proud of the impact that Theater of Peace has made in San Diego.

"As long as we've helped even one student, we've succeeded," he said.

Gardenswartz recently shared with JTA his biggest social justice influence, most meaningful Jewish learning experience and how he likes to celebrate his favorite Jewish holiday.

JTA: Who or what have been the biggest influences in your life?

Gardenswartz: My family, they are incredible and have always been very supportive. They believed in me and helped create a strong background in social justice.

My sophomore year I attended the ADL's Manhigim Institute and learned about combating anti-Semitism and advocating for Israel. It was great to further my Jewish education and learn about intolerance, and also apply it to my program.

I love Passover. I love tradition and the family component. We put on little Passover plays. It's very fun. We're theatrically inclined.

If you could have lunch or coffee with anyone and tell him or her about Theater of Peace: The Beyond Bullying Experience, who would it be?

What do you think you want to be doing when you "grow up" or would like to be doing professionally in perhaps five or 10 years?

I'm not sure yet. I like everything and have not completely made up my mind yet. I'm interested in seeing what works and what doesn't.

What sort of things do you like to do to have fun?

Hang out with my friends, utilize the beaches in San Diego, go to plays and concerts, and being involved in my school and local community.

The Teen Heroes column is sponsored by the Helen Diller Family Foundation, which is dedicated to celebrating and supporting teens repairing the world. To learn more about the foundation's $36,000 Diller Teen Tikkun Olam Awards, visit dillerteenawards.org. Please tell us about teens who deserve attention by sending an email to teens@jta.org.