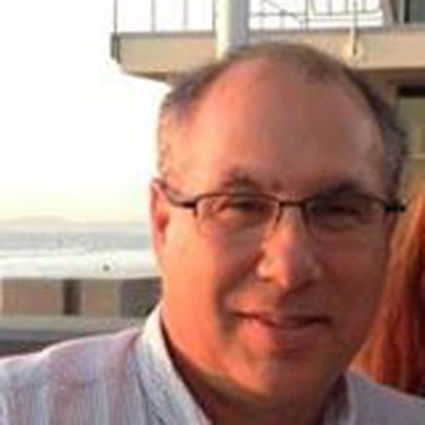 MAITLAND-After completing an extensive seven-month search, the Jewish Academy of Orlando has named Alan G. Rusonik as its new head of school, the JAO Board of Directors has announced.

Rusonik had been serving as Judaic Studies director at the San Diego Jewish Academy and is a former head of school for Congregation Beth Yeshurun in Houston, Texas. He will begin his new role July 1, 2014.

Rusonik replaces Lynne Shefsky who retired as head of school more than a year ago. Acting in an interim capacity was Shari Wladis, who will be elevated to principal, reporting to Rusonik and overseeing curriculum, faculty and the academic experience.

"We took the time to conduct an extensive and very professional search process that led us to our decision to hire Alan," said Maura Weiner, president of the school's board of directors. "We are very enthusiastic about Alan's ability to build upon the momentum we have created in the last few years and helping elevate the school even further." she added.

Rusonik's career background includes serving as executive director at the Agency for Jewish Education in San Diego; director of education, Congregation Emanu El and as a teacher/coordinator of Judaic Studies at I. Weiner Jewish Secondary School in Houston.

He has a Master of Arts degree from The Jewish Theological Seminary in New York, and an Honours Bachelor of Arts degree in Religious Studies from York University in Canada. Rusonik also attended The Hebrew University in Jerusalem in a one-year program for overseas students. Additionally, Rusonik led fundraising and development efforts in his previous head of school and executive director roles.

"This is an exciting time for the Jewish Academy of Orlando, and we look forward to a bright future with our new head of school. Our school continues to nurture future leaders for our Jewish communities, while providing top-notch education and instruction," Weiner noted.