RAISE launched with its first 5 employees 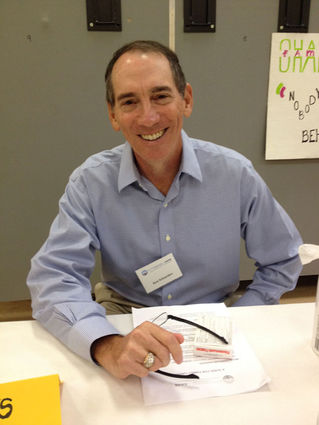 Most programs begin with a dream, a wish, a need. The seeds of RAISE-Recognizing Abilities & Inclusion of Special Employees-were planted when Loren London and her husband provided a membership to the Jewish Community Center for her brother where he faithfully worked out in the gym. She noticed that he really enjoyed being there. The people were so kind and friendly to him. He felt at home.

Then London thought, "It's such a shame. I'm having a hard time finding employment for my brother. Wouldn't it be amazing if we could figure out a way for adults with special needs to have work opportunities at our agencies."

She shared this wish with Hope Kramer, Federation Chairman of the Board Michael Soll and Olga Yorish, all of whom gave London overwhelming support.

"Everybody was very much for the concept," said London. "And then, of course, the sensitivity that has to go into fundraising without affecting the overall campaign dollars needed to run everything."

Federation had an enormous role in the development of RAISE and is the overall coordintor of the program, taking on the fiduciary and legal responsibilities: the budget, accounting, payroll and insurance. Rachel Gebaide of Lowndes, Drosdick, Doster, Kantor & Reed law firm is the legal adviser for RAISE and drew up contracts with each agency involved, and performed due diligence, making it clear that everyone involved in RAISE is a Federation employee.

Now, about a year and many connections, development plans and training classes later, the Jewish Federation of Greater Orlando's RAISE program has launched, and the first group of employees (five in all) began work April 7.

The positions created are at the Roth JCC and JFS Orlando: Two in the fitness center, one at the JCC reception desk; and two positions at JFS working in the food pantry, greeting people, and entering data.

The road to this point was long. But as London chose to walk down this path, others fell in step with her-people with academic credibility working with and teaching special needs children. Professionals like Carol Miller. A licensed clinical social worker, she is the founder and director of Social Bridges, an interactive social skills curriculum for elementary, middle and high school age children who often struggle with social situations.

Miller was thrilled with the concept London presented because the program she started 10 years ago only prepares young people ranging in age from 10 to 18 years old. "They are all grown up now, and many are sitting at home in their mid-20s with nothing to do," Miller said.

Seventy percent of Americans with disabilities are unemployed. One out of five families have family members with special needs.

"I'll help you build this, you just tell me where I can fit in," Miller told London.

"Now that the program is up and running, Rachel is operationally the backbone of RAISE," said London. Slavkin-who holds a bachelor's and master's in special education, and supervisor of special education certification-is the job coach supervisor.

"Having a masters degree in special education and being involved in job coaching years ago, I was well suited for the job," Slavkin said. "At Social Bridges I work with middle schoolers through young adults where I train and coach my clients on appropriate social skills in a group setting. More specifically, with my young adult group we work on social skills needed for survival on the job and needed for independence. In a nutshell, this is my background that led to my involvement in RAISE."

Slavkin also provides professional assessment and evaluation of the employees, and has the task of scheduling and placing employees in jobs that best match their interests and abilities as well as coordinating the schedules of the 10 job coaches.

"As job coach supervisor for the RAISE program, I play several roles," said Slavkin. "In addition to teaching a weekly Lunch and Learn to our employees, where we focus on social skills needed for employment success, I also oversee all aspects of the work environment for our five employees."

In addition to her Social Bridges contacts, London met Ken Schneider, Ed.D., who is the RAISE program adviser. He is the former director of Exceptional Student Education in Orange County.

Miller, Slavkin and Schneider comprise RAISE's "dream team" of professionals with London as the program coordinator.

RAISE is not a job recruitment program. In fact, RAISE is a unique program-there is no other program like it in the United States. It is a work-training program with support teams. It's goal is to provide each special needs adult with "a part time work experience, giving that employee the self worth that comes from earning a paycheck, the satisfaction of being a participating member of society...the self respect that comes with productivity, the dignity of 'having a job."

The program is well-structured. Each employee must have a reliable family member or friend to serve as the liaison between the employee and RAISE. Each employee has two job coaches who work one-on-one with the employee every step of the way, until they are confident the employee can work independently.

Then, there are also work site liaisons, provided by the two agencies that offered the part time positions. These liaisons are Royal Webster at the JCC fitness center, Jackie Ravinoff, JCC community relations coordinator, and Eric Geboff at JFS. Although they are not supervisors over the employee, they will monitor the employee after he/she becomes independent and no longer needs the job coaches.

Over all this is the visiting job coach who reports back to Slavkin on each employee's progress. This position was created for Art Cross, Ph.D., a former professor of exceptional education at UCF and Appalachian State University.

He was another person who crossed London's path via his wife Lee Cross, a retired UCF professor who also holds a doctorate in special education.

"Along the way, word got to UCF that we were looking for job coaches," said London. Lee Cross wrote to London and told her she was retiring soon and would be free this summer to job coach. Cross also told London that her specialty is grant writing and offered to write grants for the program in the future. "But that's another story we will get to later," said London.

"Art will be visiting job sites and observing and reporting progress," said London. "He is Rachel's eyes and ears. He will be able to see on a regular basis how the employees are responding to their jobs."

While Art Cross is physically available on site, Slavkin is still the overseer of the program.

"Art Cross and I work in tandem," Slavkin said. "He has more flexibility in his schedule to visit the employees on the job (although I do make visitations as needed). After each visit, he completes a form that is our documentation for future grant funding."

Weekly, Slavkin speaks with all the job coaches after their shift with the employees, reviews the Work Site Review form that the job coaches complete after each shift, and problem solve as situations arise that need to be addressed.

Because everyone is so in tune to the needs of the employees, complicated changes are easily made.

"In the first week we realized that two of our employees needed to change jobs to better match their skills," Slavkin explained. "This involved the coordination of four job coaches, two work site liaisons, and two employees and their family liaisons."

In addition to Lee Cross, there are nine job coaches-all volunteers-who participated in a one-and-a half hour orientation. Some, but not all, are familiar with adults with special needs. What is most important is the commitment each made to be a part of this program. Slavkin is available when job coaches need suggestions as to how to best work with an employee or brainstorm to solve a problem.

Social Bridges donated all of their time and efforts in the year building RAISE-planning, training, programming, and curriculum.

All the RAISE participants are considered part time employees of JFGO and receive their paychecks from JFGO. 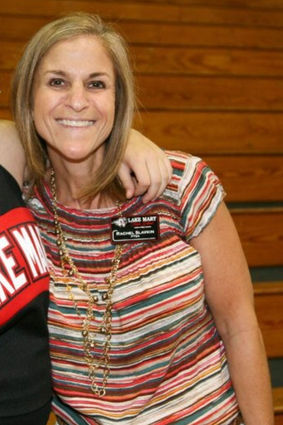 The program is set up in hopes that there will be openings and funding for new employees to apply this summer for possible positions in the fall. All of this takes an incredible amount of work-screening prospective employees, and matching them to job coaches as well as jobs provided by the agencies.

Currently, London still does fundraising for the program. She has raised funds from people who are passionate about this program and touched in a personal way concerning special needs adults.

Until grants can be written, which requires a lot of documentation beforehand to validate the continued feasibility of the program, RAISE depends totally on donations, which can be made through the Federation as designated donations for RAISE.