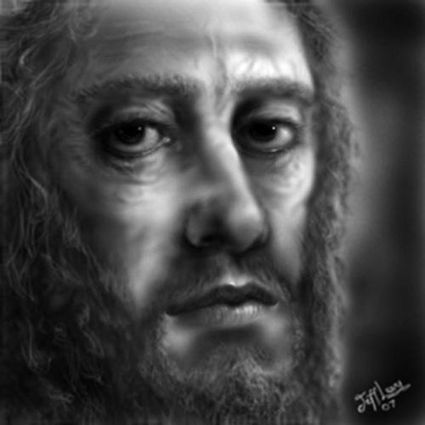 A painting of Rabbi Akiva, who according to the Talmud saw 24,000 of his students die during the Omer period until the 33rd day, now known as Lag B'Omer.

As is the case for many holidays in the Jewish calendar cycle, Lag B'Omer (May 18 this year) carries within it not one, but multiple and distinct layers of meaning. Mystical significances, historical memories, and moral reflections all meld together into the contemporary notion of what makes this day special, the product of nearly two millennia of overlaid and interwoven innovations in tradition and observance.

One of the most prominent themes describes that the 33rd day of the Omer period brought the sudden cessation of a calamity of national proportions in ancient Judea-the death of 24,000 students of the sage Rabbi Akiva. The mourning practices that have become a standard part of counting the 50 days between Passover and Shavuot likewise cease on Lag B'Omer for most traditional Jews, corresponding to the end of the catastrophe.

The Rabbi Akiva narrative can be traced back to a single, rather ambiguous passage in the Talmud that identifies neither the timing of the event nor how the scholars died. It does, however, specify a cause-namely that Akiva's students had made a habit of treating each other with disrespect. The Talmudic narrators reviewing the anecdote then supply more detail, placing the event chronologically between Passover and Shavuot, and attributing the mode of death to a divinely ordained plague, punishment for the pupils' collective lapse in behavior.

While it has often been interpreted at a literal level, the vague and mystifying nature of the account, coupled with the immensity of loss of life it describes, demands that we think critically about what is being conveyed. It seems quite unlikely that the rabbis would have contented themselves with explaining such unthinkable devastation as an act of divine justice necessitated by widespread academic hubris. Instead, it is helpful to understand the narrative against the social and political backdrop of the times and the persona of Rabbi Akiva.

Rabbi Akiva's life coincided with period of violent upheaval that resulted in the fall of the Judean state. Beginning in the year 70 CE, radical Judean militias staged a series of revolts against the Roman Empire, on the basis of religious repression, heavy taxation, and the desire for independence. Each time, the rebellions held out successfully for a few years, only to be eventually overwhelmed and put down by Rome's determined leaders and immense military machine.

It is said that Rabbi Akiva began his rabbinic career at the late age of 40, but his brilliance, charisma, and creative interpretation of the law propelled him to fame, wealth, and a spot in the highest echelons of Jewish leadership. He was also, it seems, an ardent Jewish nationalist. The Jerusalem Talmud depicts Rabbi Akiva as throwing his influential support behind the leader of the final revolt, known as Bar Kochba, and publicly designating him the long-awaited Messiah who would restore Israel to political and religious freedom! A tradition associated with Rabbi Akiva's death is that he was executed for continuing to teach Torah publicly, defiantly flouting a Roman prohibition against it that came in the aftermath of the last revolt.

In light of the fact that Talmudic lore associates Rabbi Akiva with the Jewish rebellion movement, we might consider an alternative reading of the story of his dying pupils. Not every rabbi in Rabbi Akiva's day supported armed resistance against Rome, some seeing the probability of Roman retribution as too great a cost. But we can conjecture that Rabbi Akiva's many students across Judea would have been loyal to him, and would have taken up arms against the imperial forces at his suggestion. In that case, the sudden deaths of so many thousands of his disciples can be thought of as casualties of Emperor Hadrian's push to crush Jewish revolutionary activity once and for all. Hadrian was largely successful, and no effort was made to reclaim the province as a Jewish state until modern times.

Why then would the Talmud be so sparse with detail, and why would later rabbis composing the Talmud come up with such a different explanation? Francince Klagsbrun, in her book Jewish Days: A Book of Jewish Life and Culture, offers the idea that since those compilers may still have been living under Roman rule, it would have been unwise to refer openly to Jewish rebellions in the recent past.

Another possibility is that changing or leaving out the details of the true cause of the students' demise was a silent repudiation of Rabbi Akiva, or alternatively an effort to protect his reputation from being tarnished by a connection to a failed war and a false messiah. In any case, whatever actually happened to Rabbi Akiva's students, Lag B'Omer continues to be celebrated as the day on which the tragedy ended and the hope of peace was restored.

Binyamin Kagedan has an MA in Jewish Thought from the Jewish Theological Seminary of America.