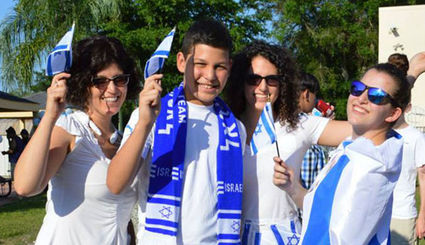 On May 6, the Roth Jewish Community Center of Greater Orlando hosted Israel Independence Day Festival 66. Unlike in past years, this year's event was held in the JCC's backyard on the actual date of the holiday, bringing the community together "at home" for a special celebration. Also unlike in past years, all children's activities, games, and inflatables were provided at no-cost to the community. 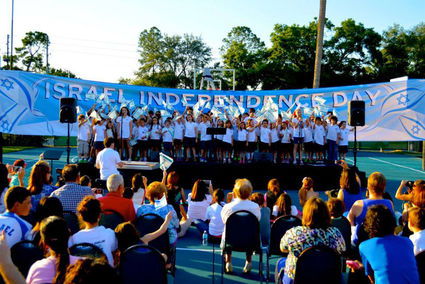 Shira Isaak and Maddie Weiss lead the Jewish Academy of Orlando in a duet performance.

To get involved with next year’s Israel Independence Day celebration or become a sponsor, contact Robby Etzkin, JCC assistant executive director, at 407-621-4031 or RobbyE@orlandojcc.org.