Our 'garden oasis' in Israel-Kiryat Motzkin 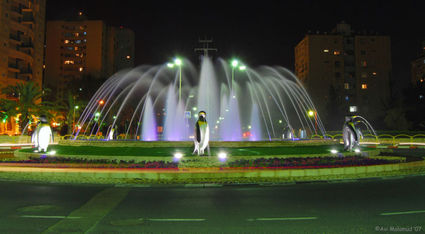 There is a community in Israel that is connected to the Jewish Orlando community through the Jewish Federation of Greater Orlando. It is our sister city Kiryat Motzkin. This beautiful city has been our sister since 2006. It is about 15 miles north of Haifa-a distance much like driving from Altamonte Springs to Sea World. Founded in 1934, its population has grown to 45,000, and was named after Leo Motzkin who was one of the organizers of the First Zionist Congress in 1897.

"The story goes that originally a different name was considered for the city," said Carmit Gilad, projects coordinator with the Jewish Agency for Israel's Partnership 2Gether program. "Because it is like an oasis in a desert and is well-known for its beautiful gardens, it was almost named Neveh Ganim (Oasis Gardens)." The name would have fit, because the city is also home to Israel's most beautiful outdoor zoo with over 1,000 animals from all over the world (they even have penquins), living in simulations of their natural habitats. The park features rich tropical vegetation, a beautiful swan lake, fountains, and water plants arranged with a designer's eye. But in the end, the city was named after Motzkin.

What is a sister city? It is a partnership that strengthens the Central Florida Jewish community's connection with Israel in a more personal way, and builds a long-term relationship that will foster economic, educational and cultural opportunities both here and in Kiryat Motzkin.

As well as helping fund the agencies and various programs in the Jewish Orlando community, the Federation also supports Israel through the campaign funds. In addition to a general overseas allocation to the Jewish Agency for Israel and the Joint Distribution Committee, these dollars are going to a specific place for specific needs, which include several social service programs in Kiryat Motzkin.

Gilad, who serves as the liaison between the Jewish Federation and Kiryat Motzkin, recently she met with Federation board members and the Israel and Overseas Committee. She also had the opportunity to meet with the administration of the Rosen Campus; Carol McNally, Marcy Rosenbaum and Judith Arieli from the Roth JCC pre-school; and with Shari Wladis, Rabbi Sharon Barr Skolnik and Idit Lotringer from the Jewish Academy of Orlando. During their meeting they discussed the possibility of expanding cultural exchanges between students in Orlando and Kyriat Motzkin.

Just like here, Kiryat Motzkin has a PJ Library program. They call it Sifriyat Pijama. The program delivers free bedtime story books to families with children under five years old. These books teach Jewish traditions and Jewish life choices. Our JFGO is one of the first in the country to extend the PJ program to its Israeli sister city.

In addition to the PJ Library, JFGO supports a Young Leadership program, an after-school program for children with learning disabilities, and a personalized Holocaust remembrance program.

With the MASHAL Center for Learning program, students are professionally diagnosed and provided with developmental treatment geared specifically for their needs. There is a waiting list to get into this program, and even though the cost is small, some can't afford the fee for the program. The JFGO donation helps cover the costs for some of these students.

"One young man named Idan, who is in the fifth grade, had difficulty with math. He worked one-on-one with a tutor and his math improved, his self-esteem improved. The Federation is the reason this child is not falling behind," said Gilad.

Another child, an Ethiopian girl with many siblings, couldn't study at home. MASHAL gave her the push and place to be able to study and improve her grades. These are just two examples of how the MASHAL program is helping children in Kiryat Motzkin.

The Young Leadership program has the "best kids" who volunteer to mentor "at risk" teens. Again, if these at-risk teens are left to themselves and continue in a downhill spiral, they will not be able to serve in the army, and that will lead to a dead-end road for their futures.

Teens also participate in seminars with religious and non-religious teens to learn respect for each other. After the outbreak at Gaza in 2010, several Jewish teens from that area came up to Kiryat Motzkin for a huge pj party with the teens in the Young Leadership program. It gave them a momentary pause from the stress in their lives outside of Gaza. 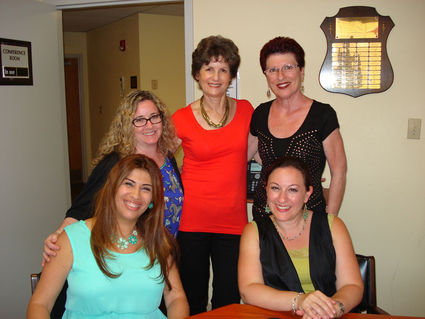 Before Our Eyes is the Holocaust remembrance program at Kiryat Motzkin's Mashmaut Center. This unique program creates interactions between survivors and second and third generations. Last year, an event called Flower to the Survivor was held in which soldiers presented survivors with a certificate of appreciation, followed by a special musical performance for the survivors.

The young people who participated in UCF's Birthright last December visited Kiryat Motzkin and met with survivors and the children in the MASHAL program.

On a more personal level, Federation dollars made it possible for Hannah Glickman, a teacher in the MASHAL program who was suppose to retire, to continue teaching another year.

"Your support is very much appreciated," said Gilad.

P2G's steering committee and the JFGO are interested in creating more living bridges between Orlando and Kiryat Motzkin for the benefit of both communities.