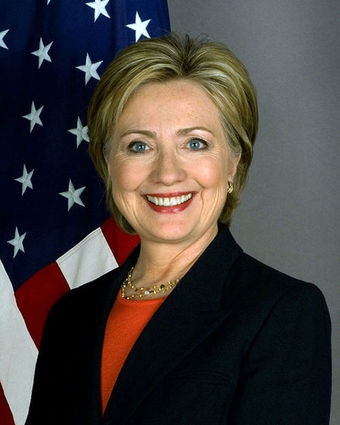 (JNS.org) In a section of Hillary Clinton's new memoir that was published by U.S. media over the weekend, the former secretary of state writes that the Obama administration made a tactical mistake by demanding an Israeli construction freeze that Prime Minister Benjamin Netanyahu implemented between 2009 and 2010.

Yet the sentiment Clinton expresses in the book contrasts sharply with her stated views on Israeli construction while she served as President Barack Obama's secretary of state. In May 2009, she told Al Jazeera, "We want to see a stop to settlement construction, additions, natural growth-any kind of settlement activity. That is what the president has called for." Later that month, at a press conference with Egypt's foreign minister, Clinton said Obama "wants to see a stop to settlements-not some settlements, not outposts, not natural growth exceptions."

"It is very difficult, looking at [Clinton's] record during this period, to conclude that the presentation of her role in her book is accurate," wrote Noah Pollak, executive director of the Emergency Committee for Israel, for the Weekly Standard. "There is a simple and likely explanation for this revisionist history: She knows that her prominent role in the past five years of acrimony between the Obama administration and Israel is unhelpful to her presidential ambitions, and so she is attempting to distance herself from the administration's record by downgrading her involvement in its Israel policy."