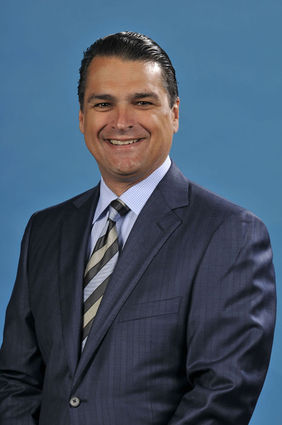 Alex Martins originally joined the Orlando Magic as director of publicity/media relations before accepting his current role as Chief Executive Officer in 2011. Past chairman of the Metro Orlando Economic Development Commission and The Central Florida Partnership, Alex also serves on the board of directors of the Orlando/Orange County Convention & Visitors Bureau, the Central Florida Commission on Homeless, the executive committee of the Dr. Phillips Performing Arts Center and the Central Florida board of directors for Seaside National Bank & Trust.

Alex has also has served as the senior vice president of marketing and branding for the NBA's New Orleans Hornets, vice president of communications and public affairs with the NFL's Cleveland Browns and vice president of sports ventures with the Tavistock Group. He is also a member of the College of Business Administration's Hall of Fame and was honored to serve as Commencement Speaker at UCF in August of 2008.

Originally from Kearny, NJ, Alex resides in Orlando with his wife, Juliet, and daughters, Sophia and Gabrielle.

The Tree of Life™ Award is a humanitarian award given in recognition of outstanding community involvement, dedication to the cause of American –Israeli friendship, and devotion to peace and security of human life.

Tess Wise, founder of the Holocaust Memorial Resource and Education Center (HMREC) of Central Florida, will also be honored at the dinner with JNF's Guardian of Israel Award. JNF Chief Executive Officer Russell F. Robinson will be the keynote speaker for the event.

The Orlando Tree of Life™ Award Dinner will take place on November 21, 2014 at 6pm at the Rosen Plaza Hotel, located at 9700 International Drive in Orlando.

Sponsorship information and tickets are available online at jnf.org/orlandotol. For more information, please contact Laura Abramson at labramson@jnf.org or 407.804.5568.