Rusonik takes the helm at JAO 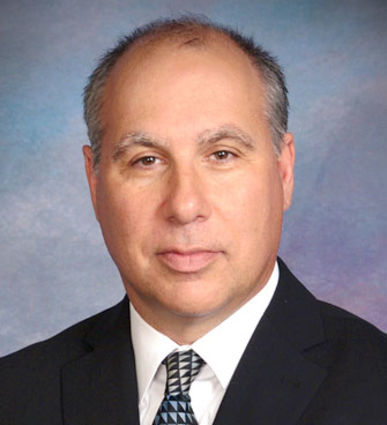 Alan Rusonik believes in community, he believes a strong Jewish education is vital to develop future Jewish leadership, and he believes the Jewish Academy of Orlando is an excellent place to grow a school that has a strong foundation.

This is all good because Rusonik has just begun his job as JAO head of school. He knows it will be a lot of hard work but he also knows that he is coming into a school that "has a great history." According to Rusonik, "It is a project to improve what has been around for 36 years." "I think that's what excites me," he says, "It's a great opportunity."

Rusonik has been working in the Jewish education field for 28 years. He had been serving as Judaic Studies director at the San Diego Jewish Academy and is a former head of school for Congregation Beth Yeshurun in Houston, Texas.

Rusonik's career includes serving as executive director at the Agency for Jewish Education in San Diego; director of education, Congregation Emanu El and as a teacher/coordinator of Judaic Studies at I. Weiner Jewish Secondary School in Houston.

Although he has an extensive background, finding Rusonik was a detailed procedure.

The JAO search committee, according to chairs Renee Libow and Greg Finkelstein, "conducted an extensive process to build the right model for leadership for the Jewish Academy of Orlando going forward. This work began with a series of meetings where we reviewed vision, mission and strategy for the school. In addition, we reviewed successful leadership structures within Jewish day schools to build a series of models that we believed would match our needs-all of which encouraged two executive leaders at the helm."

"From there, we were fortunate enough to have two national executive search firms (each with Jewish leadership and ties - ReSearch Connection and Vantage Consulting) donate their time and resources to aid us in our search. With over 100 potential candidates that stretched across the country, we narrowed the pool to a limited number of candidates which we felt matched the qualifications necessary for the lead position in one of our models."

"Each candidate traveled to Orlando to visit with our seven-person search committee and 15-person board along with community members and executive leaders from Federation, JCC, Hillel and local synagogues. After these visits, each candidate participated in a series of standardized tests."

"After hosting in–person visits and administering testing with each finalist, the JAO Board selected Alan Rusonik for a number of reasons including his strong Jewish educational background, his broad-based executive leadership experiences in Jewish educational institutions and how well his testing profiles matched our needs as an institution and organization."

Libow and Finkelstein said, "in addition to the guidance and connectivity that we believe Alan will offer to the overall Jewish Community of Central Orlando, we expect that he will provide leadership for the Jewish Academy of Orlando in many areas including Jewish education, enrollment and fundraising services and executive leadership and strategy."

"In concert with Alan's wishes, the JAO Board was elated to promote Shari Wladis, this year's interim HOS and previous associated head of school, to principal of the JAO to focus on learning outcomes, educational innovation and faculty development and support."

The search committee and board agree that, "The Jewish Academy of Orlando for years has stood as one of the best educational choices for children in grades K-eight in Central Florida. The added element of integrated Jewish values to that education only makes the experience more rewarding and spiritually fulfilling for our children."

"With Alan and Shari leading our school, we expect enrollment to continue to expand and that we will make broader positive waves in the community."

"As head of school here at the Jewish Academy," Rusonik explains, "my role is to develop the school in terms of enrollment and financially so that it has a strong footing to build the school into a secure future." Additionally, "I see my role as a community builder, working with federation and with the other organizations by being a representative and face of the school.

His educational philosophy is rooted in Proverbs 22:6, "Train a lad in the way he ought to go; he will not swerve from it even in old age." He also believes that you have to look at the individual needs of each student to achieve that goal.

The enrollment for the school year stands at 150 students, which is relatively the same as the past few years. The good news is that for the second year there is a strong presence in kindergarten and an even stronger first grade. "My goal," Rusonik states, "is to retain as many of these children as we can and build from that foundation."

Rusonik says he is in the process of gathering information about the financial situation. In his discussions with the JAO leadership he has learned that they take the debt seriously and they have an absolute desire to fulfill the obligations. The school has been in transitional leadership and has not been able to adequately address the issue or has been appropriately focused on financial managent.

"Orlando is a great community," said Rusonik, "I have met wonderful people who are committed to the school and committed to the community's growth. Every community has its challenges. What I have seen so far is a willingness of the leadership to take on these challenges head on, now that the economy is turned around. I think it is very commendable.

He says he has been in Houston, San Diego and now Orlando, which is "by far the most welcoming community." People reached out to family right away. His son is starting 6th grade at the day school and he has already made friends. The Rusoniks also have three older daughters who remained in California (two in college and one just graduated).

Rusonik added that he really wants to head the school to help grow Jewish education in the community. "A community is only as strong as its educational institutions. A strong day school will attract future leaders, rabbis, community professionals and families that want to know that there is a viable day school."