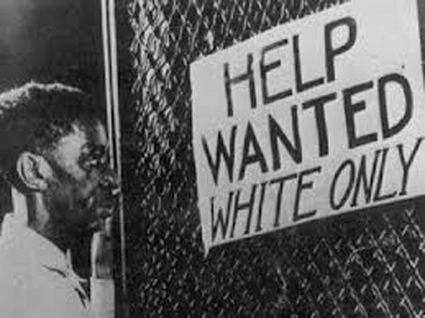 The year 2014 marks the 50th anniversary of the passage of the Civil Rights Act. In recognition of that monumental legislation, institutions and individuals throughout Central Florida will be examining the impact of the end of legal discrimination based on race, gender, nationality and religion. What changes have we seen in our lifetime? What issues remain to be addressed? What tools do we need to move ahead in challenging bigotry and intolerance in all of its forms?

"Hateful Things" is a 39-piece traveling exhibition created and circulated by the Jim Crow Museum of Racist Memorabilia at the Ferris (MI) State University. It represents nearly 150 years of anti-black/racist material. The objects and images within the exhibit portray the cruel reality that the African-American culture endured during the Jim Crow era, and silently voices African-Americans' struggles for racial equality.

In 1965, NBC filmmaker Frank DeFelitta was inspired to create a documentary, Mississippi: A Self Portrait about racism in the American South. One of the subjects he interviewed was Booker Wright, an African-American waiter who worked in a restaurant for whites only.  During his interview Wright spoke openly about racism, and the broadcast of his remarks had catastrophic consequences for him and for his family.

Booker's Place: A Mississippi Story, directed by the son of Frank De Felitta and co-produced by one of Booker Wright's grandchildren, revisits the past through interviews with those who lived in the community. They discuss life at the time, Booker Wright's life after the airing of the original documentary, and the ongoing legacy of racism in America.

Hateful Things is an exhibit created with labels, advertisements, postcards and other printed materials that show the appalling lack of sensitivity that was acceptable in American culture until recent memory. As we view the derogatory images and stereotypes, we find a deeper understanding in the power of propaganda to marginalize and dehumanize others.

Special speaker at the opening reception is Dr. Marvin Newman, a retired member of the faculty at Rollins College where he taught for fifty years. He will share his personal experiences dealing with prejudices and bigotry, and the lessons that can be learned from this uncomfortable past.

• Sunday Sept. 28, Harry and Harriette Moore: Life and Death in the Time of Segregation with filmmakers Lisa Mills and Robert Thompson and Bill Gary, Director of the Moore Center.

The Moores were among the most visible and credible members of the Central Florida Civil Rights community. In addition to their forthright activities in education and government, they were particularly concerned about the lack of justice in law enforcement and the courts. Their choice take on the justice system may well have been the decision that cost them their lives.

Conversations about the Civil Rights Act are not just a review of the past century in our nation. We also must look at the implications, both here and abroad, of civil rights legislation and enforcement as a tool to broaden the safety and well-being of all marginalized groups.

• Sunday Oct. 19 Film: Last White Knight (at Orlando Museum of Art), which will include a presentation and QA with filmmaker Paul Saltzman

In the 1960s Paul Saltzman journeyed from Canada to Mississippi to help with voter registration in the hard-core bastions of the Old South. One of the first days he was there he was assaulted by a group of young men led by Byron "Delay" De La Beckwith, the son of the man convicted of killing civil rights activist Medgar Evers. Decades later, Saltzman returns to meet with Beckwith and see what, if anything, has changed in the New South. What he found has been captured in this powerful documentary about the best and worst of communities challenged and changed by racism.

In 1997, Academy Award-winning actor Morgan Freeman offered to pay for the senior prom at Charleston High School in Mississippi under one condition: the prom had to be racially integrated. His offer was ignored. In 2008, Freeman offered again. This time the school board accepted, and history was made. But change does not come easily in this sleepy Delta town, and Freeman's generosity fans the flames of racism. There are white parents who forbid their children to attend the integrated prom and hold a separate white-only dance, and enlightened teens who find themselves caught between an ugly past and a promising future.

Inspired by Osha Gray Davidson's book of the same name and based on a true story, Mark St. Germain's drama, The Best of Enemies reveals a universal truth: all people, no matter their differences, are capable of change. Amidst their incendiary words of prejudice and fear, Ann, a civil rights activist, and C.P., an Exalted Cyclops of the KKK, forge an alliance based in respect and trust in an honest-to-goodness, modern-day parable of transformation and triumph for civil rights. This is a one-performance event dedicated as a fundraiser for the Holocaust Center.

It is impossible to talk about civil rights and marginalization without confronting the core beliefs about sameness and differences. The attitudes, culture and misinformation that drive us apart are illuminated by the experiences of Angela King, a young woman who went from skinhead activist to redemption, and who now speaks candidly about life after hate.

Unless noted, events will be held at the Holocaust Center, 851 N. Maitland Ave., Maitland.