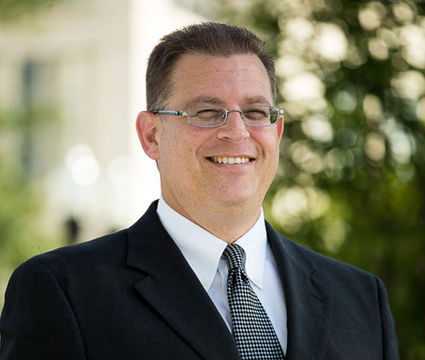 If Kevin Weiss could only pick one word to blaze across his wall, that word would be justice.

"I'm an idealistic type of person," Weiss told The Heritage. "I like to help people and if I see an injustice it burns me up."

Ever since he was a child, whether something was unfair or if he saw someone hurting and if he felt he could help resolve the situation, he would try to remedy the problem.

That's the kind of man Kevin Weiss is. A sense of justice was the driving force that led him to become a lawyer-just about the best in Orlando (Orlando Business Journal ranked him in the top 5 percent in its "Central Florida Lawyers" and "Best of the Bar"; he made the top 2 percent in Florida Trend magazine's "Legal Elite"; and according to Florida Superlawyer magazine, Weiss has been named a "superlawyer" every year since 2011)-and now that sense of justice is guiding him to run for circuit court judge in the Ninth Judicial Circuit for Orange and Osceola counties.

Many people in this Jewish community know Weiss, whether personally or professionally. He grew up here. He attended Rock Lake Middle School and graduated from Lake Brantley High School. He was a bar mitzvah at Congregation of Liberal Judaism (now Congregation of Reform Judaism)-his bar mitzvah announcement said he was on the Green Raiders football team and his hobbies included music and water skiing.

Weiss has a strong commitment to community: He served 17 years on the JCC board, worked with Harris Rosen to help get the JCC Jack & Lee Rosen Southwest Orlando campus up and running, and in 2006 his family gave $25,000 to the JCC to become lifetime members. He was elected JCC president in 2007, and in May 2009 he was awarded the Jewish Community Leadership Award and continued to serve as immediate past president for two more years. Just recently at the JCC Annual Meeting, JCC Executive Director David Wayne awarded Weiss a JCC Lifetime Service Award for his longtime service, commitment, and general love for the JCC.

In 2013, Weiss was elected to the Jewish Academy of Orlando Board of Directors, a position he recently resigned from and now his wife, Rona, serves on the board. In fact, the whole family is involved with JAO. Shira, 14, is a JAO graduate, now attending Winter Park High School; Jordan, 12, is in the seventh grade at JAO; and Ari is entering first grade.

Weiss attended the University of Florida where he majored in history and minored in religion with plans to teach. "I love teaching," he said. "I've taught in law school, colleges, religious schools. In South Florida I taught at the Central Agency for Jewish Education, and I taught Jewish history to high school students who obtained college credit for the program through Miami-Dade Community College."

But it was when he went to work for the Jewish Agency in New York in 1991 that his background in history and religion paid off. He had two goals: to promote Israel throughout college campuses and create an educational opportunity for all students, Jewish or non-Jewish, to study abroad in Israel through an exchange program.

"We realized how important it was for our students to experience Israel. We felt that if they could go and study in Israel and learn the history and politics, then when they came back here, they would be leaders in their communities and take with them what they learned while in Israel. Palestinians do have rights there that the media doesn't reveal. Israel has a unique political situation and they deal with immigration constantly."

He was offered a position at the Embassy of Israel in Washington, D.C. But Weiss had decided he wanted to further his studies and get a law degree, so, unfortunately, he had to say no to that opportunity.

Why not continue his teaching career?

"I always felt that if I got a law degree I could do anything I wanted with it-politics, teach, be a lawyer," he said. "In law school, I loved what I was learning about the law." Weiss leaned forward as he continued, "This system of justice where you can really help somebody. Not just help them socially like a counselor would or a teacher, giving advice, but actually maneuvering through the system. With a legal degree and understanding the courts, you can actually do something about it and go in there and advocate for someone."

Weiss attended Widener University School of Law in Wilmington, Delaware, and transferred to the University of Florida College of Law to finish his degree. While in law school, Weiss served on the Widener Law Review and clerked at the Delaware Supreme Court. He graduated in the top of this class, and upon graduation was awarded the prestigious Judge J. Cullen Ganey Criminal Law Award.

With law degree in hand, he ran full speed ahead "doing something about" helping people. Kevin and Rona came back to Orlando where he became known as the "go-to-guy for appeals." He has briefed and argued more than 400 appeals, managed thousands of business litigation cases and represented hundreds of doctors and other healthcare providers against insurance companies. He is also proud that he is Martindale-Hubbell A.V.-rated, which is a peer review rating that places him at the height of professional excellence-an attorney's highest rating.

In 1999, after working for one law firm, Kevin set up his own practice, Weiss Legal Group, P.A., right across the street from the JCC and school, which made being available to his family very convenient.

As managing attorney of the firm, he and his law firm provided legal services in the areas of personal injury, worker's compensation, insurance disputes, corporate and entertainment law, family and divorce law, banking and foreclosure law, collections and civil appeals.

As part of his mantra to always give back and help others, Weiss has volunteered his time and legal services pro bono to JAO and the JCC.

"The key for me is public service and giving back to the community. I want to feel good about what I'm doing. It's tikkun olam-working to make things right and fair," he said.

"I didn't want to just leave and leave my people without jobs," he said as he made plans to transition from his role as business owner to become a judge. At the time of the merger, Weiss was unopposed for the judicial position. Now, in the seventh hour, an opponent has thrown his hat into the ring. However, Weiss is not discouraged. Just last week he won the Kissimmee/Osceola Chamber of Commerce Hob Nob/Straw Poll by more than 85 percent. He also won the East Side Chamber Hob Nob, the Apopka Hob Nob, the Winter Park Hob Nob, and the Florida Association of Criminal Defense Attorneys Hob Nob.

Weiss will give up a lot becoming a judge-flexibility, time with his family, and substantial income-important factors to consider. However, Weiss is passionate about justice and working to make things fair.

"It's not about getting a job," he stated. "For me, I want to make an impact. As a judge, I have to apply the law, but I can insure the law is applied fairly, without discrimination. Equally-black or white, yellow or gay, it doesn't matter."

When a new judge is elected, he or she is appointed by the chief judge to a specific division-juvenile, family-divorce, civil, domestic violence, probate or complex litigation. Weiss confided that he would really like to work in the juvenile division-not a very popular division.

"I would love to have the opportunity to help make a wise choice to give these kids an opportunity because once you send them to jail, forget it," he stated. "We have some really good social programs and you just have to have a judge who has some patience."

Weiss, who is devoted to his own children, has done some guardian ad litem work where he was an advocate for children, and his family has helped local children.

"Kids need strong discipline, hugs. They need someone to care about them. When they show up in the system, there's no parent, maybe a grandparent. They have no one who cares about the. Why should they care about you? I think I've got the patience and the desire not to just make a quick decision and throw them in jail. Call the sheriff, ask him 'do you have any room in the Sheriff's ranch program?'" 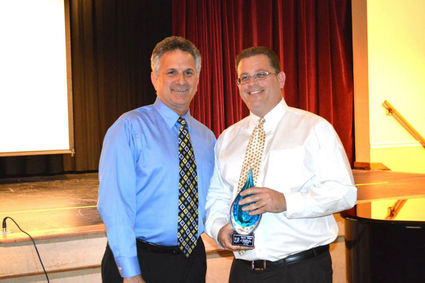 Often, when voters look at the election ballot, they will skim over the names of those running for judge positions and pick a name without knowing anything about the candidate. Why bother? Many may never see the inside of a courtroom. Kevin Weiss is not a name to be overlooked. He has been endorsed by hundreds of lawyers, the International Association of Fire Fighters, The West Orange Chamber of Commerce, State Attorney Jeff Ashton, Former State Attorney Lawson Lamar, several police chiefs (please see his website http://www.kevinweissforjudge.com for the complete list of endorsements) and even Harris Rosen, who rarely endorses anyone. Last week the Orlando Sentinel announced its endorsement of him, and now The Heritage, which normally remains impartial, is giving Kevin Weiss its endorsement.

"At the age of 45, these experiences I have had that have shaped my personality help me to make sure the law is applied fairly and that justice is done in the courtroom. [Judges] have some discretion when it comes to sentencing-as in family law, where a child should go, if child support is paid fairly. It requires spending time researching and reading to make that right decision. I can't create the law, but what I can do is make sure it is applied fairly to everybody and that the system works."

On Sunday, Aug. 10, from 7 p.m. to 9 p.m., Aileen and Edgar Schaked are hosting a Meet and Greet for Weiss. To RSVP and get directions to the Schaked's home, please email Maria Hale at mimihar@cfl.rr.com. Election day is Aug. 26 and early voting begins Aug. 14.