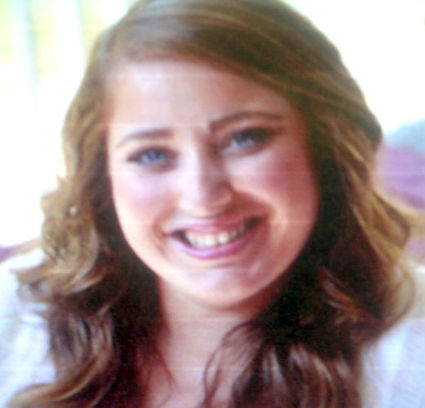 Is that what's behind the anti-Israel world view?

The following comes from DENNIS PRAGER. (I have NOT checked out all he said yet, but present it word for word as he said it.) Quoting Dennis Prager:

"Let's drop the names 'Hamas' and 'Israel' and make a list of the characteristics of two imaginary warring entities. We'll call them Entity A and Entity B.

Entity A: Declares that its raison d'etre is to annihilate Entity B. Sends missiles to explode in the most populated parts of Entity B in order to kill as many civilians as possible. Uses families and individual civilians as human shields to protect its own leaders from attack. Tortures and kills domestic political opponents. Has no political or religious freedom and has no freedom of speech, press, or assembly, and no independent judiciary. Is a theocracy. Violently oppresses gays. Saturates its education and airwaves with a demonic hatred of Entity B.

Rated a '6' by Freedom House in its 2013 report on freedom in the world. Seven is the worst possible rating. Entity A ranks 6 in freedom, 6 in civil liberties and 6 political rights.

Entity B: Recognizes the right of Entity A to an independent existence. Has never begun a war with Entity A. Has never targeted civilians in Entity A. In fact, it has sacrificed soldiers in order to avoid killing Entity A civilians.

Domestic political opponents, including even supporters of Entity A, not only have freedom of assembly, press and expression; they have political parties with representatives in Entity B's parliament. Has freedom of the press, assembly, religion, and a completely independent judiciary. Allows gays full civil rights. Has innumerable human rights groups dedicated to the welfare of people belonging to Entity A. Has no education or broadcasts comparable to the daily hate in Entity A.

So, then, with which entity does nearly every government in the world side? (The answer is?) Entity A. And what is the primary concern of the United Nations, nearly all the world's media, and nearly all the world's intellectuals? That Entity B, while hundreds of missiles are launched at its most populated cities, not kill any of the civilians among whom Entity A's leaders hide.

The moral gulf between Israel, our Entity B, and Hamas, our Entity A, is as clear and as great as the one that existed between the Allies and Nazi Germany. It is one of the few instances in today's world when the Nazi analogy is accurate.

It is clear that while free and democratic countries such as those in Western Europe value the freedoms of speech, assembly, and press for themselves, the absence of these freedoms among Israel's enemies means nothing to the Europeans in morally assessing the Middle East conflict.

The news media, too, have no moral focus. They are preoccupied with Gazans who have died, and with the disparity between the number of Gazans killed and the number of Israelis killed-as if that is morally dispositive. Imagine that during World War II, the Western press had converged on German hospitals and apartment buildings and repeatedly announced the huge disparity between German civilian deaths and British civilian deaths. More than 10 times the number of German civilians were killed as were British-but did that have anything at all to do with the morality of the British war against Germany?

The big question, then, is why? Why is decent, free, democratic Israel not fully supported by decent countries against the genocidal Islamist regime of Gaza?

Is there any other example in history of a free state and a police state at war in which the free state was deemed morally equivalent to the police state, or, even more implausibly, deemed the aggressor?

Last week, a New York Times editorial put the equivalence this way: 'an atmosphere in which each side dehumanizes the other.'

Here, then, are some reasons: The West has lost its way. Europe gave up on its values after World War I. And the American left, which dominates the media, gave up on America's distinctive values after the Vietnam War.

Unlike during World War II, there is a United Nations today, and it is dominated by over 50 Islamic countries, their dozens of allies, and a Security Council on which sit Russia and China as permanent members.

The world's news media relentlessly show images of wounded and dead Gazans. Israel, on the other hand, though the target of mass-killing missiles, has thus far been able to avoid such casualties.

Israel is Jewish. If there are more valid reasons for why the world equates Israel and its morally primitive enemies-or actually deems Israel the villain-I have yet to hear them."

(This Dennis Prager speech can be seen and heard on "The Middle East Problem" on YouTube. I understand there is also a speech by GLENN BECK on YouTube with a similar message. I often do not see eye to eye with these gentlemen but in this case I feel what they are saying must be heard. Unfortunately, anti-Semitism still lives.)

On a happier note...

Each Friday afternoon at Chambrel Island Lake, Jewish Pavilion leads a Shabbat program for residents, families and friends. Recently, Chambrel Island Lake community had a special reason to gather together and welcome the Sabbath... a rabbi affixed a mezuzah to the doorpost with a moving ceremony, designating the facility as a welcoming home for Jewish residents. Almost one hundred Jewish people currently live at Chambrel and for them this ceremony was very meaningful. For many others who may not have been familiar, they were curious and supportive of such a tradition.

Community rabbi, ARNOLD SIEGEL, presided over the occasion with the assistance of Chambrel Island Lake Executive Director JOFF STRIDE, who had been supportive and welcoming of the idea from the first time NANCY LUDIN, executive director of Jewish Pavilion, approached him. She had seen the beautiful ceremony take place at Savannah Court, Maitland, just a few months ago. She said, "However we can help the Jewish community feel at home at any senior living facility, we are happy to be involved."

The mezuzah was donated by Pavilion volunteer, JACKIE LEVITT. In addition, Rabbi Siegel presented an educational forum, creating an opportunity for cultural outreach for residents of all faiths and backgrounds, furthering the goals of the Pavilion as well as the facility.

Rabbi Siegel explained that "a mezuzah marks the doorpost of Jewish homes and contains a scroll inscribed in Hebrew with the most famous Jewish prayer. In addition," he continued, "it serves as a daily reminder of our heritage."

The celebration continued inside Chambrel where residents enjoyed an assortment including pita and hummus, dried fruit, nuts and cold drinks.

Before the festivities came to an end, Pavilion volunteer ESTHER PORTES sang several songs and everyone moved into the multipurpose room for weekly Shabbat services. Each week the service is lead by a Jewish Pavilion volunteer but this particular week was made more special with five young people (ages 8 to 13) leading the songs, prayers and readings. Nancy Ludin added the final words, thanking all who coordinated the program and a special thanks to Joff Stride and Rabbi Siegel for officiating. She said, "May the mezuzah bring peace and happiness within this home today and for many years to come."

I recently received this email from the Jewish Federation of Greater Orlando (JFGO):

"As the Youth and Camp office manager at the Roth Jewish Community Center of Greater Orlando, LITA WEINBERG is the friendly face of the JCC to hundreds of families.

In her role, Lita oversees the day-to-day operations of the JCC's Camp J, J University after school program, and other youth programs for elementary and middle schoolers.  She consistently goes above and beyond, whether it's in sharing information with a family considering a move to Orlando or consoling a child with a boo-boo. She constantly shares with families other opportunities to get involved in the community and is always willing to help someone out.

In a little over a year at the Roth JCC, Lita has personally demonstrated all three aspects of the JCC's mission - to build community, strengthen family life, and promote Jewish values – three things she does each and every day. Lita Weinberg is our mensch of the week and we are truly lucky to have her in Orlando!"

I heard from our own DONNA FIEGEL about an upcoming one-performance show at the Abbey in downtown Orlando. The email is as follows: "Fresh off the heels of a successful run at the 2014 Orlando International Fringe Theater Festival, Tappin' and Yappin' featuring JOY ANDERSON and JOHN B.DEHAAS, will play one performance at The Abbey on Friday, Aug. 15 at 9 p.m. Directed by local theater favorite ANDREA CANNY, Tappin' and Yappin' is a one-woman cabaret-style show celebrating the life and times of international superstar Cindy Starr on a whirlwind journey through her career on stage, film, TV and more with stories, songs and more from America's beloved tap dance queen. From her humble beginnings in Chicago to her triumph on the silver screen, Cindy and her accompanist Johnnie Ivories will have you laughing and singing along with her best-known hits. Tickets to Tappin' and Yappin' are $20 and can be purchased at http://www.TicketWeb.com or by call 866-468-7630. For more information, visit http://www.AbbeyOrlando.com.

Lucy, an elderly lady, has been driving around the Altamonte Mall parking lot for some time looking for a space when at last she finds one and stops to pull into it. Suddenly, a young man drives his car around her and parks in the space. Lucy is so upset that she gets out of her car and says to the young driver, "I was going to park there!"

As he walks away, he laughs and says "That's what you can do when you're young and quick." Infuriated, Lucy gets back into her car, backs it up and then drives at top speed right into his car! Quickly he returns, looks over his damaged car and asks, "What did you do that for?" Lucy smiles and replies, "That's what you can do when you're old and rich!"