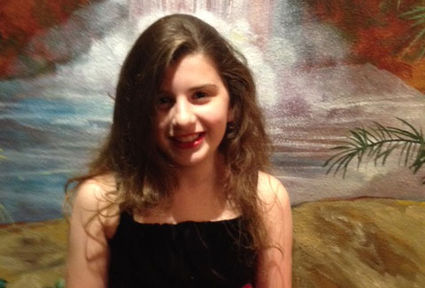 From the time she was very young, Kara Finkelstein, 10, liked to write stories. Her teachers at the Roth JCC Early Childhood Learning Center-where she attended the 3s, 4s and pre-k classes-taught their students to be creative.

After graduating from pre-k in 2009, Kara started first grade at John Evans Elementary School in Oviedo. In fourth grade, her teacher, Stephanie Anderson, who was named 2014 Elementary School Rookie Teacher of the Year for Seminole County, also taught her students to be creative. Kara took being creative very seriously and decided to write a "real" book, which she finished in April 2014 and published in June.

Her book, "The Forest: A Magical Adventure of Crystal and Rebel," is a story about the adventures of two horses, Crystal and Rebel, and a young girl. Her mother, Lysa, told the Heritage that Kara loves horses.

The pictures in the book were photographed by her older sister, Kaitlynn, who also was a graduate at the JCC.

"The Forest" is being sold worldwide through Amazon, Barnes and Nobles, Books A Million, as well as many other publishing houses.

Kara started fifth grade last week and is working on her second book. She loves to go to Disney World, loves to dance, swim and hang out with her friends.

Recently, Kara was interviewed on WKMG news, was posted in Seminole County Public Schools Facebook page, and was twitted about on Orlando Sentinel's twitter.