How much has Israel's war in Gaza cost? 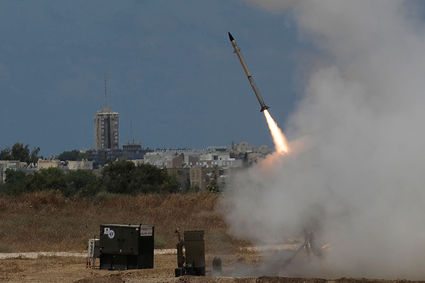 TEL AVIV (JTA)-After the missiles have stopped, after the troops have come home, even after most of the wounded are out of the hospital, Israelis will still be feeling the burden of Operation Protective Edge-this time in their pockets.

With the recent expiration of a temporary cease-fire, the operation may not be over. (Another temporary cease-fire was put in place starting at midnight Monday.) But through last week, including both direct military expenses and indirect hits to the Israeli economy, the total cost of the four-week conflict is estimated at $2.5 billion to $3.6 billion.

The government has maintained radio silence on the war's military costs and estimates vary, but Israeli media report that they range from $1.2 billion to $2.3 billion. Lost economic activity amounted to an estimated $1.3 billion, with the tourism sector in particular taking a massive hit.

"Along with soldiers, we won't spare a shekel in reimbursements to residents of the south and reservists," Israeli Finance Minister Yair Lapid said at a news conference Thursday. "From our perspective they're all soldiers, and all deserve special treatment from us."

Ever the populist, Lapid promised not to raise taxes. But he admitted the money will have to come from somewhere and predicted the 2015 budget deficit would rise.

Here's a partial look at how all those shekels were spent.

Iron Dome: The U.S.-funded star of the war, the Iron Dome missile defense system limited Israeli civilian casualties to three while shooting down 90 percent of the rockets headed toward Israeli cities, according to the Israeli military. Of the 3,460 rockets fired at Israel during the war, Iron Dome intercepted 584 of them-at $50,000 a piece. That comes to a total of $29 million, or about $1 million per day. Last week, the Congress approved another $225 million in funding for Iron Dome.

Shapir doesn't know how many bombs Israel used and the IDF won't say, but he said most Israeli ordnance was likely one of two missiles: the Joint Direct Attack Munition, or JDAM, a GPS-guided missile made by Boeing, and the Tammuz missile, an Israeli-made munition that locates its target with a camera and has a 15-mile range.

According to Shapir, not including the bombs, each of the Air Force's 4,900 sorties cost $15,000, for a total of over $73 million. Add on a $32,000 JDAM or a $140,000 Tammuz and the price skyrockets. Critics of Israel have accused the IDF of using imprecise-and far less expensive-artillery in strikes that have killed more than 1,000 civilians in Gaza.

Calling up the reserves

One of the unifying factors of this war was that almost every Israeli knew a few people in uniform. Israel has called up 82,000 reservists during the conflict-nearly half at the war's start and 42,000 more as it went on.

It's hard to determine the exact cost of reserves because each soldier receives a reimbursement for lost salary pegged to his monthly paycheck. But according to the Israeli daily Yediot Acharonot, each reservist costs the army $174 a day-including food, shelter, a uniform and weapons. If the figure is accurate, the IDF spent nearly $200 million on reservists, not including the salary reimbursement.

Direct hits to the home front

Along with Israel's 65 fallen soldiers and three killed civilians, 674 Israelis have been wounded in Protective Edge, 23 of them civilians. A Health Ministry spokesman estimated that treating the injured would cost $4.4 million.

In addition, the government already has received 2,500 claims for property damage from the missiles and estimates a total payout of $14.6 million. Compensation for lost wages and property damage will come from a $1.5 billion fund taken from taxes on real estate transactions.

Israel also will compensate workers from the south who couldn't do their jobs because of the rockets. The Manufacturers Association of Israel estimates that one in five workers in the south stayed home because of the war, but it couldn't estimate the total amount of lost wages.

Israel's biggest civilian cost by far will be the $1.3 billion in lost gross domestic product, an estimate provided to JTA by Moshe Asher, the director general of Israel's Tax Authority.

Asher said the war affected industries across Israel, but one of the hardest hit was the tourism business. Of the 600,000 tourists expected to come on organized tours from July through the end of 2014, the Israel Incoming Tour Operators Association expects only 300,000 to make it.

Overall, the tour operators group estimates that organized tours will lose $350 million from July through December, similar to the $375 million loss estimated by the Israel Hotel Association. But the cancellations may have been toughest on private tour guides, who depend on summer tours to make it through the year.

"These months are the months where I make money," said Gil Shemesh, 28, who lost a quarter of his summer income when a bar mitzvah trip and a Christian pilgrims' tour canceled. "It took out a whole month. I won't be working at all in August."