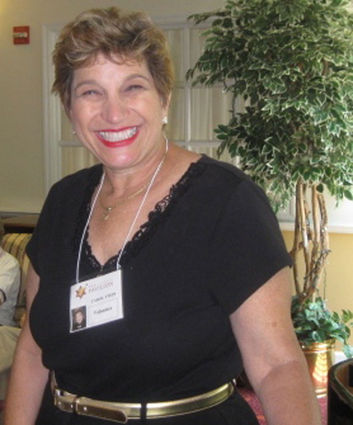 I often disagree with Mr. Miller...

I'm referring to comedian, DENNIS MILLER, who has a show called Dennis Miller Live on HBO. Although he is not Jewish, he recently had the following (on this we agree) to say (in part) about the Middle East situation:

"A brief overview of the situation is always valuable, so as a service to all Americans who still don't get it, I now offer you the story of the Middle East in just a few paragraphs, which is all you really need.

The Palestinians want their own country. There's just one thing about that ... there are no Palestinians. It's a made up word. Israel was called Palestine for two thousand years. Before the Israelis won the land in the 1967 war, Gaza was owned by Egypt, the West Bank was owned by Jordan, and there were no Palestinians. As soon as the Jews took over and started growing oranges as big as basketballs, what do you know, say hello to the Palestinians, weeping for their deep bond with their lost land and nation. So for the sake of honesty, let's not use the word Palestinian any more to describe these delightful folks, who dance for joy at our deaths until someone points out they're being taped. Instead, let's call them what they are... other Arabs.

I know that's a bit unwieldy to expect to see on CNN. How about this, then... Adjacent Jew-haters. Okay, so the adjacent Jew-haters want their own country. Oops, just one more thing... no, they don't. They could have had their own country anytime in the last 30 years, especially several years ago at Camp David. But if you have your own country, you have to have traffic lights and garbage trucks, and Chambers of Commerce, and worse, you actually have to figure out some way to make a living. That's no fun.

No. They want what all the other Jew-haters in the region want... Israel. They also want a big pile of dead Jews."

(I don't know if I agree with everything Dennis Miller has to say on the subject, I personally have no beef with Arabs, who I feel are basically good people, but he said it!) He continues:

"For one thing, trying to destroy Israel, or the Zionist Entity, as they call it, has allowed the rulers of Arab countries to divert the attention of their own people away from other things. There are five hundred million Arabs and five million Jews. Think of all the Arab countries as a football field, and Israel as a pack of matches sitting in the middle of it. And now these same folks swear that if Israel gives them half of that pack of matches, everyone will be pals.

Really? Just reverse the numbers... imagine five hundred million Jews and five million Arabs. Can anyone picture the Jews strapping belts of razor blades and dynamite to themselves, or marshalling every fiber and force at their disposal for generations to drive a tiny Arab State into the sea, or dancing for joy at the murder of innocents? No! As you know, left to themselves in a world of peace, the worst Jews would ever do to people is debate them to death." (Dennis Miller said it. I didn't!)

He ended his remarks with the following:

"If America were being attacked with an Oklahoma City (-style bombing) every day, we would all very shortly be screaming for the administration to just be done with it and kill everything south of the Mediterranean and east of the Jordan."

And this subject, in particular, gives me joy to write about! I recently heard from NANCY LUDIN, executive director of the Jewish Pavilion in an email naming CAROL STEIN, a Jewish Pavilion Mensch. I pass the email along to you:

"When you look up the word 'mensch' in Wikipedia it says 'a person of integrity and honor.' Carol Stein is so much more than that. Carol has donated her time and talent to so many Jewish agencies. She composed and wrote the lyrics to songs about the Jewish Federation, Jewish Family Services, Hadassah and the Jewish Pavilion. In the last 15 years, Carol has performed more than 100 times and never charged a penny. She performs annually for Hadassah, and Temple Israel and many times a year for the Jewish Pavilion. She also entertains for various community organizations like the Orlando Jazz Orchestra, Give Kids the World and the Steinway Piano Foundation. In addition to sharing her musical talents, Carol volunteered weekly for JFS for more than 10 years taking frail seniors out for errands, shopping and meals. As a volunteer for Give Kids the World, she served thousands of ice cream cones to sick children and their families." The email continues:

"On another note, she is the most dutiful daughter imaginable. She took her parents out for meals several times a week and now (her beloved Dad is deceased) visits her mother almost every day. She has even taken her mother and aunt on multiple vacations. Carol takes the commandment "Honor Your Mother and Father" to a whole new level."

(I think the world of Carol so I'm not surprised by this most deserved praise.)

I refer to our own JILL SHARGAA, a comedienne who was one of 26 people chosen from more than 500 to give her talk "The Awe of Awesome" at the TED Talent Search in New York City.

TED is a nonprofit organization that spreads good ideas. TED invites speakers to present their thoughts in a matter of minutes and then shares their ideas free online at TED.com. Jill's speech has been available online since Friday, August 29.

Jill performed her amusing speech about the use of the word "awesome" being over-used on July 8 at Joe's Pub in the Public Theater, NYC.

On the night of the show, the audience was comprised of TED staff, former TED speakers and past TED attendees. The show was sold-out and not open to the public...so catch it online if it is still available.

Come celebrate your favorite decades in style at The Abbey's Dancin' Through the Decades party, featuring themed drink specials, giveaways and all of the best music videos from the 70s, 80s and 90s at The Abbey, 100 South Eola Drive, Orlando, on tonight at 8 p.m.

Dancin' Through the Decades is a non-stop music video party that showcases the hits from the 70s, 80s and 90s. With five HD screens and an amazing lighting and sound system, The Abbey will turn into the biggest party in town as the music plays and the drink specials flow. 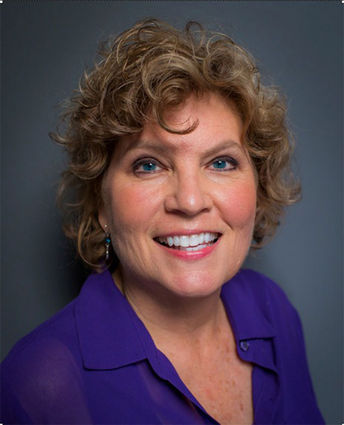 Probably the best show in town will be happening this Sunday, Sept. 7 at Congregation Ohev Shalom when mentalist, MARK STONE takes the stage to entertain COS Seniors and their friends at an ice cream social.

Isn't it amazing whenever you read the Obituaries in the newspaper, people seem to die in alphabetical order?