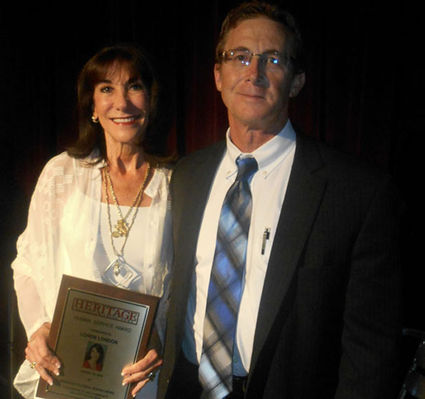 On Sunday, Aug. 24, community members, rabbis, and staff and leadership from Jewish agencies gathered together for the Jewish Federation of Greater Orlando's annual meeting, themed "There's no place like home." The event was emceed by JFGO board members Jeannie Leavitt and Yeosh Bendayan, who were in costume as Dorothy (complete with Toto in basket) and the Tin Man, and the crowd was treated to an informative and entertaining meeting, including an incredible performance by Andra London who sang 'Somewhere Over the Rainbow,' which was fitting for the meeting's Wizard of Oz theme. The meeting reflected on this year's achievements, plans for next year and the kick off of the 2015 annual campaign.

A fun theme complete with yellow brick road and rainbow of cupcakes didn't take away from the business at hand. The meeting discharged the 2013-14 board of directors and officers, elected and installed the 2014-2016 slate of officers and directors. Rhonda Forest, chairperson of the Board 2014-2016 spoke about her vision for the Federation. Executive Director Olga Yorish reflected on the successes of the past year and called for support in moving forward to the 2015 campaign. 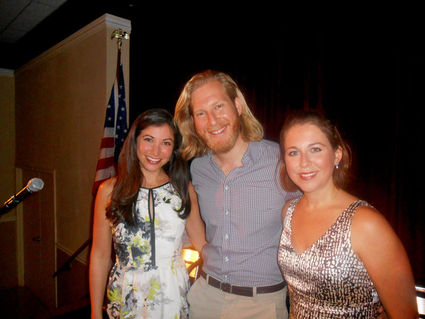 The event featured a panel of next generation Jews: Andra London, Matt Broffman, and Danielle Krise. The three spoke on their reflections of Jewish community and shared their own stories. Three different stories, three different paths. London grew up in Orlando, and has always felt the strong embrace of our Jewish community. As she moved to another city, she was eager to plant Jewish roots in her new community. Luckily for her, there was a Jewish community planted and built for her and other young people. Danielle Krise, on the other hand, grew up in another Jewish community, and when she and her family moved to Orlando, they found a Jewish community built by us and ready to embrace them. And finally, Matt Broffman, who was born and grew up in Orlando and now plans to raise his family here as well. The Federation believes in the importance of engaging the next generation of Jews in our community. And the three presenters spoke volumes to why this must be done and how we can best do it. This past year, Broffman has been involved with launching Federation's latest initiative, Our Jewish Orlando (OJO), which is focused on building meaningful connections and engagement for young Jews in Orlando. Krise just graduated from the revamped J.J.Bornstein Leadership Program. She and the 2014 class are confident that its members will enrich Jewish life in Orlando.