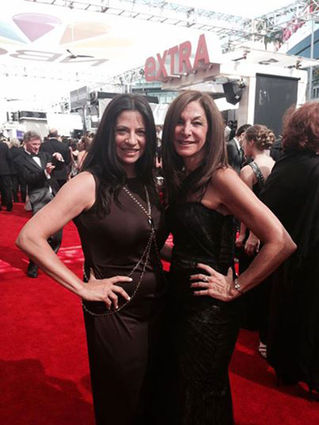 My heart is breaking (and many of you feel as I do) at the news that Joan Rivers passed away recently. I loved her and have followed her career for more that half-century, stealing many of her jokes along the way. I considered her a friend. Here is a tribute (part of a poem from DAV) and "borrowed" by me:

"Thank you my friend for all you do,

For giving so much, saying no to few

So when I ask for one more thing,

Think of all the light

That your jokes can bring."

I particularly enjoyed Joan's biting comments on her television show, "Fashion Police," or on the Red Carpet before award shows.

And speaking of Red Carpets...

GIL DOMBROSKY of Heritage News and his wife, RISA, were watching the Television Awards show known as the Emmy's when they spotted their niece, MARLA STONE, daughter of their brother-in-law, LARRY LUCAS, of Chicago, on the Red Carpet and in the audience of the Emmy's as well.

Marla was there in support of GLENN WEISS, her cousin who won an Emmy for outstanding directing for a variety special for the 67th Annual Tony Awards (Broadway theater) and being executive producer of an Outstanding Special Class Program.

Marla attended the event with JANIS FRIEDLANDER SVENDSEN, director of sponsorship for the Tony Awards production. She is also director of marketing and business development for the Broadway League and Tony Awards Production.

(Not too shabby company!)

Both Dr. STAN SUJKA and Dr. SHARI YUDENFREUND-SUJKA, were on stage with their son, JOSEPH, to "hood" him as part of the graduation proceedings.

Relatives and friends were in attendance for the very happy occasion.

I'm happy to tell you that Joseph Sujka MD is now back in Orlando as a five-year general surgery resident at Orlando Regional Health Hospital. His family is very happy to have him back in Orlando!

(I am happy too because I'm not feeling well these days. One never knows when a great doctor is needed!)

I received an email from NANCY LUDIN, executive director of the Jewish Pavilion about another of her fantastic people. Here it is:

"A mensch is a particularly good person; a person with the qualities one would hope for in a friend or trusted colleague.

ELISE SCHILOWITZ has a million friends and everyone loves her. Some people call her Pollyanna, because she always has a positive outlook and nice things to say.

You can imagine how pleasant it is to be in a meeting conducted by Elise. She has the ability to make everyone feel special. Her warmth and sense of humor shine through at all times.

Elise became involved with the Friends of the Jewish Pavilion since its inception about ten years ago. She quickly rose through the ranks and became the president of the Friends Board, a women's auxiliary.

The same leadership skills will be implemented this year as she assumes the presidency of the main board.

Elise has been active in all facets of the Jewish Pavilion. She has been a volunteer at Oakmonte Village where she has befriended many of the residents.

Elise has chaired the annual gala and organized the silent auction for several years. She is an active member of Temple Israel and a former board member of the Jewish Community Center."

(I like to learn about good people doing good deeds. Keep these emails coming!)

I love great music and I'm sure most of you do too!

The next program coming to the Altamonte Chapel is not to be missed.

On Sunday, Sept. 28 our own ALAN ROCK as emcee, presents Kid Dutch and his New Orleans music.

It is described as a real "toe tapper" of an afternoon of jazz.

(Truthfully, with all the rap and crap that the kids of today are listening to, this sounds like a terrific afternoon.)

The entertainment starts at 12:30 p.m. and continues for two hours. Professional musicians and singers are always welcome to sit-in the second set.

ROBERT ROOSEVELT (Could he be related to FDR or Teddy?) is a fabulous waiter. He works at the Denny's Restaurant #6795 at 3096 Aloma Avenue, Winter Park.

Not only is he sharp, fast, proficient in every way... he is very handsome!

(I can say that because I'm old... and besides my spouse was with me at Dennys!)

Sarah was caring and kind... great at what she does!

(Three cheers for both!)

Here's one I told before. I think I got it from Joan Rivers:

Moshe was talking to his psychiatrist.

"I had a weird dream recently," he says. "I saw my mother but then I noticed she had your face. I found this so worrying that I immediately awoke and couldn't get back to sleep. I just stayed there thinking about it until 7 a.m.

I got up, made myself a slice of toast and some coffee and came straight here.

Can you please help me explain the meaning of my dream?"

The psychiatrist kept silent for some time, then said, "One slice of toast and coffee?

Do you call that a breakfast?" 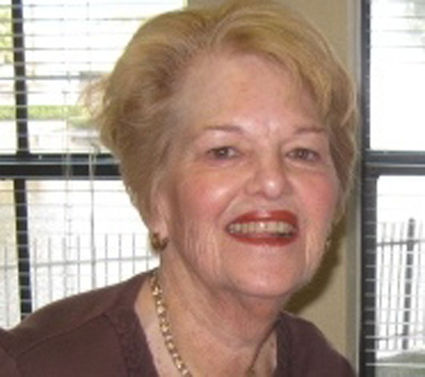