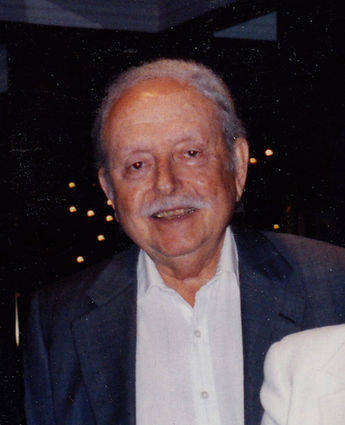 In conjunction with the JCRC's Grits and Bagels Brunch, over the next few weeks, The Heritage is running a series of articles about local Jewish community members who made an impact on the Civil Rights movement. This is the third in the series.

Local developer and philanthropist Hy Lake may have been the first real estate developer to sell a home to an African-American family back in the 1970s, "At that time, it was an unthinkable and actually, impossible thing to do, said Harriett, as she told the following story.

Orlando in the '70s was like an apartheid city. And this was after the Civil Rights Act was passed. No blacks were sold to in any of the white projects. If a black wanted to buy a house in a white neighborhood, he was just told that he didn't qualify or one reason or another, but he was asked to leave.

Well, a black family showed up in the 70s at Sky Lake, the housing project developed by Lake and Lester Mandell, and the salesman came over and he said, "Hy these people are so qualified. He's a veteran, he's got like two or three kids. It's just difficult. If we sell the house we're going to have to close up because we'll never ever sell another house and the people who live here will be leaving. They're not going to live in the same neighborhood where there's a black."

And Hy replied, "You know what? I have been discriminated against all my life and I'm not going to start now. If the man is qualified and he's responsible and he has a family, he's going to move in the minute we sign the papers."

So the black family moved in and signs went up and down the streets in the neighborhood-"For Sale"-and life went on. Nobody bought the houses because of the black family, at first. Then little by little the signs went down and the whole place became integrated. And it is the first community that I know of maybe in Florida, I'm not sure, that had an integrated housing project ...

Lake passed away in 2010, however he was given posthumously the John Young History Maker Past Award for his generous support of civil rights, anti-discrimination, Jewish, and other causes.

The Grits and Bagels Brunch, featuring Brad Herzog, will be held Sunday, Nov. 2 at 1 pm in the auditorium of the JCC. Admission is free but RSVP is requested. The program is hosted by the Jewish Community Relations Council of the Jewish Federation of Greater Orlando and is sponsored in part by The Florida Humanities Council and Landry's Restaurants.

For more information about Grits and Bagels, please contact Lisa Sholk at 407-261-3175 or lsholk@jfgo.org.