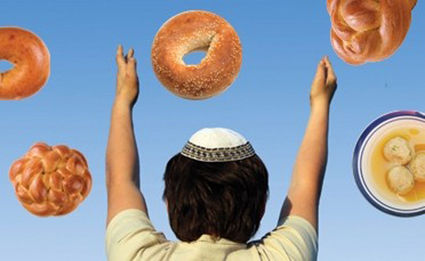 The 16th annual Central Florida Jewish Film Festival is a cinematic celebration of Jewish life, culture, and history. Six films will be shown during the weekend of Nov. 15-17. All will be shown at the Enzian, 1300 South Orlando Ave.,

Maitland, with the exception of the first film, "Kidon," which will be shown at the Orlando Science Center, 777 E Princeton St, Orlando. This program is part of Enzian's cultural festival circuit and is co-presented with the Jewish Community Center of Greater Orlando.

The six films that will be presented are:

"Kidon," shown at the Orlando Science Center, Nov. 15 at 7:30 p.m.-An ingenious, fast-moving spy caper and comedy-thriller from Israel and France boasting a terrific ensemble cast including Tomer Sisley and Israeli supermodel and actress Bar Refaeli. Nominated for two Israeli Oscars and winner of the Audience Award for Best Film at the London Israeli Film & TV Festival.

"Mr. Kaplan," Nov. 16, 11 a.m.-This is the east coast premiere of this hilarious, crowd-pleasing comedy and a vivacious meditation on family, aging, and the drive for significance.

"24 Days," Nov. 16, 1:30 p.m.-This film is a gripping and carefully-plotted thriller that tells the true story of the 2006 kidnapping and torture of 23-year-old Ilan Halimi in a Paris suburb by "The Gang of Barbarians," whose heinous anti-Semitic crime eventually sparked a national outcry in France.

Two for One! "The Sturgeon Queens" preceded by "70 Hester Street," Nov. 17, 4:30 p.m.-"The Sturgeon Queens" is about four generations of a Jewish immigrant family who founded Russ and Daughters, a Lower East Side lox and herring emporium. Produced to coincide with the 100th anniversary of the store, this documentary won Audience Awards at the Palm Beach, San Diego, and Los Angeles Jewish Film Festivals. It features an extensive interview with two of the original daughters for whom the store was named, now 100 and 92 years old, and interviews with prominent enthusiasts of the store including Supreme Court Justice Ruth Bader Ginsburg, New Yorker writer Calvin Trillin, and 60 Minutes correspondent Morley Safer.

"70 Hester Street" is about the director Casimir Nozkowski's childhood home-a 140-year-old building that was a former synagogue, whiskey still, raincoat factory and art studio his parents rented for 45 years until its sale in 2012.

"The Green Prince," Nov. 17, 6:45 p.m.-A tense psychological thriller, this extraordinary documentary recounts the true story of the son of a Hamas leader who emerged as one of Israel's prized informants, and the Shin Bet agent who risked his career to protect him. Based on Mosab Hassan Yousef's bestselling memoir "Son of Hamas," the film exposes a complex world of terror, betrayal, and impossible choices. Winner of the Audience Award for Best World Cinema Documentary-Sundance 2014.

Patrons can purchase a Mensch Pass for $70;

Individual Tickets for $11; and to purchase a Series Pass, please visit the Enzian website at http://www.enzian.org/festivals/jewish_film_festival