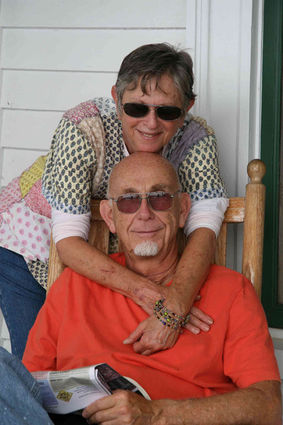 The Orlando Chapter of Hadassah presents A Book and Author, featuring author Stuart Omans on Tuesday, Nov. 4, at 11:30 a.m. at Congregation Ohev Shalom.

Omans will captivate and delight attendees with tales from his recently published book "Ol' Man on a Mountain." A buffet lunch will be served.

Omans is professor emeritus and former chairman of English at The University of Central Florida. He is the founding artistic director of the nationally acclaimed Orlando Shakespeare Theater, created in partnership with the University of Central Florida, the Walt Disney Company, and the City of Orlando. Actor, teacher, and director, he has written extensively on the theater, Shakespeare, education, and the arts.

He has had a varying career ranging from baker to ditch digger to a Schoenbaum Fellowship at Northwestern University where he earned a PhD. and other post-graduate degrees.

While in grad school, he supplemented his income to support his growing family (two little boys and one on the way) by working as a clothing salesman at Smoky Joe's, "the super-high-style, wild-style, boutique." Here he had a different education, selling pink alligator shoes and matching silk suits, among other items to entertainers and less reputable Chicagoans.

As an academician and theater instructor, he's taught at Northwestern, Miami of Ohio, and Wisconsin. He also has taught in Great Britain at St. David's College, in Stratford Upon Avon and in China. Awarded three National Endowment For The Humanities directorships, he is recognized internationally as a Shakespearean.

After leaving academia, Omans began to write for a broader audience. His latest book details life in retirement as he and his wife, Jan, live a remarkable adventure on their small farm in rural North Carolina. Here they find that "All the world, including North Carolina, truly is a stage," filled with fascinating players.

Signed copies of "Ol' Man on the Mountain" will be available for purchase at the Hadassah meeting as well as in e-book and paperback from Amazon books.