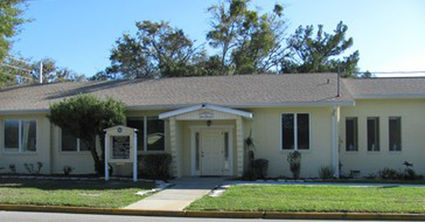 Congregation Beth Sholom of Leesburg is celebrating its 60th anniversary with a gala luncheon on Sunday, Nov. 2, at noon, held at Pennbrooke Fairways, 501 State Road 44, Leesburg.

Sixty years ago, the Jewish families of Leesburg, some of whom were Holocaust survivors, decided to build a synagogue so that they would finally have a house of worship. Beginning in the late 1940s and continuing into the early 1950s, 12 Jewish Leesburg business people and their families met at each other's home for Friday night Sabbath Services. Later, Shabbat services, holiday festivals and High Holiday services were held at various locations in downtown Leesburg.

By 1953, the need for a stand-alone temple building was recognized and committed to by the congregation members. Early that year, because of the strength of warm inter-community relationships between the Temple-member merchants on Main Street and the Leesburg area Christian and African-American communities, $5,000 was received from public solicitations in $5 and $10 contributions.

The congregation bought a plot of land at 13th and Center Streets in Leesburg. On Aug. 11, 1954, ground was broken to begin the construction of Congregation Beth Sholom of Lake County, the first Jewish synagogue in Lake County.

The Temple Sisterhood raised money from rummage sales to furnish the new building. A $4,000 shortfall on the roof construction was underwritten by loan from a local bank, for which five Jewish business leaders personally signed a note. The Sisterhood held further sales to pay off the note. Members of the local community had voluntarily assisted in some of the construction work.

In the fall of 1954, after five weeks of construction, Congregation Beth Sholom opened for Rosh Hashanah services. Getzel Mularsky, one of the Temple founders, a Dachau concentration camp survivor and owner of a local dry goods store known as Getzel's, conducted the New Year services. Mularsky had studied for the rabbinate in Europe, but was never formally ordained. His training served him and the congregation wonderfully as acting rabbi. He continued conducting religious services for 50 years until his death in December 2004.

As the years passed, the area Jewish community grew with the addition of numerous retirees moving down from the North and, later, others moving north from Southern Florida.

The current social hall was added through a donation by Manfred Kohn, another Holocaust survivor, in honor of his wife.

After several years with the services of interim rabbis, Rabbi Karen S. Allen, became the new rabbi of Congregation Beth Sholom in July 2008.

The public is invited to celebrate this very special occasion. A buffet luncheon will be served by Deanna's Catering. Following lunch, Rabbi Allen and violinist Zoriy Zinger will entertain with a variety of popular music and song.

Zinger was a soloist in the Russian Symphony Orchestra and has performed at Lincoln Center; the NYC Museum of Modern Art; with Ray Charles, Ricky Martin, and on numerous TV shows. Rabbi Allen, who started singing and playing the piano at age 2, began her career as a pianist and singer on- and off-Broadway before she became a cantor and rabbi. Many Lake County residents have enjoyed their music at the sold-out benefit concerts for the synagogue that were held the past three years.