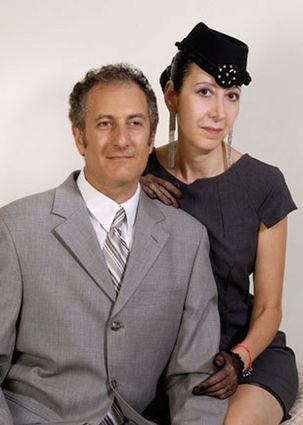 I told you a million times... I write this column well in advance of the publication date, so although Veterans Day is past when you read this, it has not yet occurred when I wrote this.

I am NOT a veteran.

I am the wife of a Korean War Army veteran; the mother of three sons, one a Lt. Commander in the Navy; also I am the mother of a psychologist who helped Navy recruits at Great Lakes Naval Base, Illinois; and the mother of my third son, a former sailor who served on a minesweeper in the Persian Gulf.

I don't get a free breakfast at Denny's. I don't get a free dinner at the Golden Corral and other restaurants who offer them to Vets. I don't even get a free plot in a national cemetery as my spouse does. However, I can be buried there with him if I so choose... as long as we occupy the same space, one on top of the other.

(My spouse told me I have to die before he does because I'm too heavy!)

As if my spouse's last remark wasn't upsetting enough, read this article directly from the World Jewish Congress (WJC) digest:

"Speaking recently at the Herzliya Policy Conference, Israeli Intelligence Minister YUVAL STEINITZ told those gathered that Iran has the capability to build a nuclear bomb in less than a year. He urged world leaders to demand that Iran dismantle its program as part of any negotiations to lift international sanctions.

'What is at stake isn't just the fate of Israel in the Middle East,' he said, but 'the fate of the entire world. Iran is a nuclear threshold state. It just hasn't created the weapons yet.'

Echoing those sentiments at an Israeli Bonds dinner, RON DERMER, Israel's ambassador in Washington, warned against any deal with Iran that would rely on inspections.

'They know if they keep their nuclear-weapons-making capability intact, eventually they will develop the bomb. That is why the only thing that should be acceptable to the international community is one in which that capability is fully dismantled. Don't count on inspectors to solve the problem for you.'

A poll of Iranian citizens conducted by the Institute for Policy and Strategy at the Interdisciplinary Center in Herzilya and reported by the Jewish Telegraph Agency, found that 54 percent of respondents would support the dismantling of Iran's nuclear program in exchange for lifting sanctions.

How to fix heartburn...

Music and true talent can fix it in my case! And learning about the next performer coming to the Altamonte Chapel is a sure cure.

On Sunday, Nov. 30, our own very talented ALAN ROCK, UCF FM radio host and emcee of the Altamonte Chapel shows, tells us the following:

"Getting an open date from DAVID MACKENZIE is difficult since he's so much in demand; and he's coming to The Altamonte Chapel with his quartet the Sunday after Thanksgiving. We jazz lovers will have lots to be thankful for when we hear David play. Plan to be there or miss one of the most exciting jazzman around.

Joining David are: WALT HUBBARD on drums, CHRIS ROTTMAYER on keys and CHUCK ARCHARD on bass."

I heard from NANCY LUDIN, executive director of the Jewish Pavilion, about a note she received from KEN DAVIS recently. What generosity of spirit he has. Here is what she told me:

"I am going to organize a golf tournament, do all the work and give all the proceeds to the Jewish Pavilion."

While this is not an exact quote from Ken Davis, who is an incredible mensch, it is the essence of what occurred. Thanks to Ken's hard work and ingenuity, the Jewish Pavilion is having their third golf tournament this year at Alaqua Country Club on May 3rd. (I will remind as date closes in.)

Ken is a charming gentleman, and it is impossible to say 'no' to such a good-looking and personable individual. He is very talented at developing relationships that lead to sponsorships.

Ken first learned about the Jewish Pavilion when he attended a memorial service in memory of his wife's mother who lived at Chambrel. When Ken learned about all the wonderful things the Jewish Pavilion did to connect his mother-in-law to her faith, he was so impressed and grateful. He chose to give back to the organization by coordinating an annual golf tournament. Ken's warmth and personality make for the ideal chairman. He connects well with everyone on and off the golf course."

(No wonder Nancy considers him a mensch. He is one with a capital M!)

I'm referring to ARLAN and ADRIANA R. HARRIS, a delightful Jewish couple... each individually creative and talented in their fields.

Arlan is a fabulous musician (my drummer at the Citrus Club), a producer (also my CD producer), the best piano technician ever, and a former Central Floridian, known to many of us.

His beautiful wife, Adriana, is an Argentinean writer, designer, painter and entrepreneur. She was born in Argentina in October 1959 but lives in Dallas, Texas, and New York with her husband.

Adriana created the Healing Visual Poetry Technique based in magic, poetry, and psychomagic. A challenging array of text, color, textures, eclectic materials and symbols that creates a unique experience of self-discovery , healing and liberation. (When people experience freedom, they heal themselves).

The full title "Amarillo Grande Wild Yellow" is written in both Spanish and English. It can be purchased at http://www.amazon.com.

For those of you reading this column on the Internet while in New York, there is a book release party today (Friday, Nov. 21) at Poets House, Elizabeth Kray Hall, 10 River Terrace, New York, N.Y.

(I am so very proud of both of them!)

A friend phoned me to tell me this joke but doesn't want her name mentioned. (Could it be that if the joke is a "groaner" she won't have to take the blame?) Anyway, I like it and think you will laugh at it too:

An elderly woman (Not my age!) is approached by a survey taker while shopping in the mall. He asks about her marriages and such.

(One for the money; two for the show; three to make ready; and four to go!)