Learning to pursue justice and making a difference 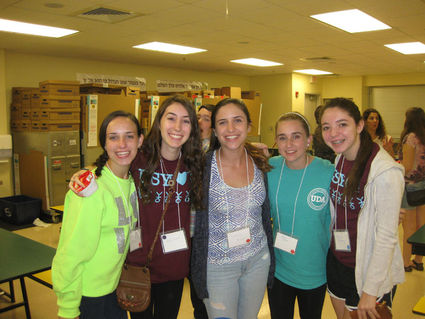 JTEN (Jewish Teen Education Network) had its first communitywide Day of Jewish Learning for all Jewish teens in the area on Sunday, Nov. 9.

Over 70 teens attended the program held at the Jewish Academy of Orlando. The theme of the program was Justice: A Call to Action, and featured actress and activist Naomi Ackerman.

After a brief breakfast, Ackerman led the teens in a workshop to spark some ideas about how using their voices can affect change. Beth Schafer taught the song "Im Ein ANi Li Mi Li" (If I am not for myself, who will be for me). Then everyone was divided into three groups to rotate through breakout sessions. One session was led by Ackerman, and challenged students to think about the way they speak to others and treat others in their daily life. A second session was led by Schafer, and had teens looking at their spheres of influence in their own community, and how they can use those to make a difference. The third session was led by Erin Mooalem, an AJWS fellow, who came from South Florida to teach the students about the work of Jews all over the world to help end poverty. When the students came back together, they were challenged to begin seeking justice as soon as they left the program.

A Facebook group is being established to allow them to share the things they are doing, encourage others to do more and to inform each other of the issues. Finally, everyone had a chance to "shop" at the social action marketplace, an area set up with pamphlets and information from over 20 local, national and global organizations. 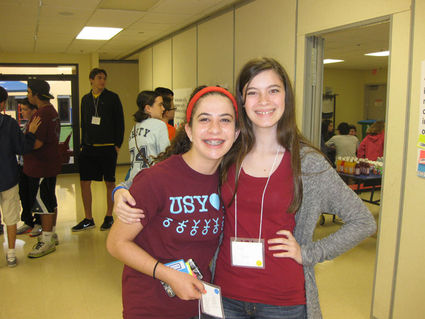 Every evaluation that the teens filled out had an overwhelmingly positive review of the day. More than half of those present volunteered to work on helping create further programming.

Some of the comments included: "Today I learned how to make a difference in small but important ways." "Today I realized how lucky I am, and how bad other people have it around the world, and I need to appreciate my life." And, "Every positive thing I do can make a difference, and everyone has the power to make change."

Thanks to the generous support of the Bromberg Family and the Wladis Family, the community teens left feeling that they had a new understanding of the words of Deuteronomy 16:20 "Tzedek Tzedek Tirdof" (Justice, Justice you shall pursue.)

JTEN is a program of the Jewish Federation of Greater Orlando.