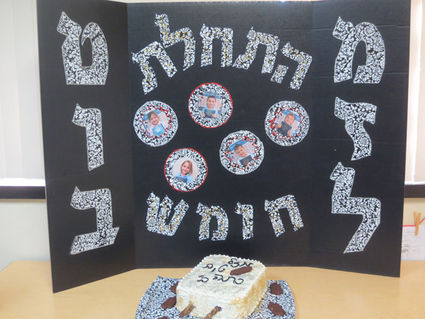 A poster displays photos of the children in the center with 'Mazel' and 'Tov' on each side and 'Hascholas Chumash' (the beginning of Chumash) in the middle around the photos of each child.

Orlando Torah Academy second graders are forming yet another link in the chain of their Jewish heritage all the way back to Moses. On Friday, Nov. 7, these children reached a joyous milestone when they learned from inside the Chumash for the very first time. They began with the third parsha/portion in the book of Bereishis/Genesis, Parshas Lech-Lecha, where it talks about our forefather Abraham passing G-d-given tests. 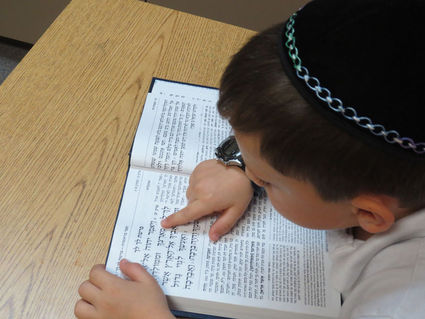 Yaakov Yachnes reads from the Chumash.

Their journey began in preschool where they learned the letters of the Aleph Beis, followed by letter recognition, reading Hebrew, and then learning how to translate all the parts of a Hebrew word. Second graders Ahuva Schepansky, Raizel Rifkin, Yaakov Yachnes, Mordy Kramer, and Ephraim Paris worked diligently to master these skills and could not feel prouder.

The children were treated to a beautiful Torah-shaped cake and Torah-shaped chocolates. They are each the proud owners of their very own Chumash that they will have the chance to personalize.

For further information about Orlando Torah Academy, visit its website at OrlandoTorah.com or visit the Academy at 8651 Commodity Circle, Orlando, to see the excitement in action.