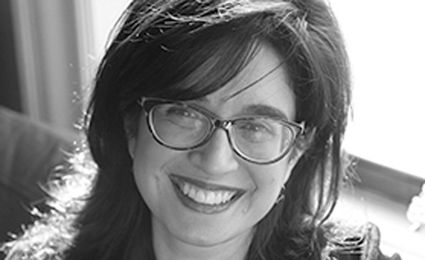 ALGEMEINER-Birthright Israel, the American organization that organizes visits to Israel for participants from 66 different countries, has terminated a partnership with the controversial New Israel Fund (NIF,) resulting in the cancellation of a December visit to the Jewish state assembled by the two groups.

In an email to trip participants, Stephanie Ives, the New York director for the NIF, said that "we have been cut from the trip for three reasons that have been communicated to us: (1) Birthright Israel determined that our marketing of the trip was in violation of their policy because our NIF logo was slightly larger than the Birthright Israel logo; (2) Birthright Israel NEXT has determined that it can no longer partner with NIF in any way because we seek to influence policy in Israel, and they have a rule against partnership with organizations that seek to influence policies in Israel or the United States; and (3) Birthright Israel decided to cancel a number of the New York UJA trips because of recruitment concerns."

Ives added: "I wish this were not the case. We were truly excited to participate and honored to have been recruited to do so by Birthright Israel NEXT. More importantly, we think participation by progressive Israel organizations is crucial to allow Birthright Israel to continue having the kind of impact on the next generation America-Israel relationship that it seeks and that we seek."

The NIF has often courted controversy because of its funding of radical groups in Israel, some of whom are connected to the Boycott, Divestment and Sanctions (BDS) movement that targets Israeli academics and businesses.

In an article she wrote for The Jewish Week Ives states these allegations are false. "Our entire strategy has been based on investing in Israel, not divesting from it. In fact, our investment of $30 million a year in Israel has actually made us the target of the BDS movement, though we enforce a clear policy against making grants to organizations that participate in the global BDS movement. Groups that allege that we support BDS are blatantly wrong and as a newcomer to NIF, I can only hope that these inaccuracies are a function of poor research rather than malicious slander."

"Allegations by NIF-funded groups are frequently used to advance anti-Israel BDS (boycotts, divestment, and sanctions) activism – the claims of these groups are used to justify demonization," NGO Monitor says. "For instance, the UC Berkeley divestment campaign (April 2013) referenced B'Tselem, Adalah, and PHR-I as documenting 'ongoing human rights violations systematically committed by the Israeli government.' We also note that previous NIF funding for radical anti-Israel groups (ICAHD, Coalition of Women for Peace, Mada al-Carmel, Al-Qaws, etc.), which has ended, continued for years and caused significant damage, including, for example, the decision by Dutch pension funds to divest from Israeli banks in January 2014."