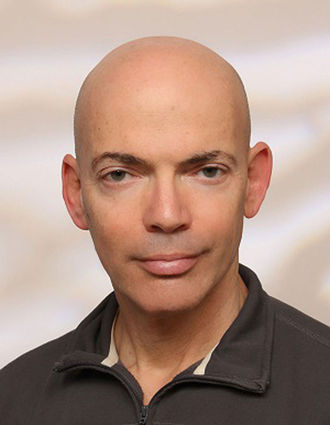 I love a lot of things... my spouse of course; our three sons; our grandchildren; all family; dear friends; the United States... and Brig. General Dr. DANNY GOLD. (Oy vay! Relax Irving, and read on before you get crazy!)

Actually, I love Dr. Gold because his "brainchild" is Israel's Iron Dome. The following article comes directly from the World Jewish Congress Digest (WJC). I pass it along to you with asides in parenthesis by me:

"It's more than just the logo on Israeli apparel or the lyrics in songs and videos. It's the astounding missile defense system that has saved millions of Israeli lives (including my Israeli family) in the Gaza war of 2012 and again during Operation Protective Edge, and it was the brainchild of Brig. Gen. Danny Gold.

The idea, which came to Gold in 2004 when he headed Research And Development at the Israeli Ministry of Defense and the Israeli Defense Forces, was strongly criticized at first. His incentive to forge ahead in blatant disregard of a Defense Ministry directive? 'I saw what was going on,' (said Gold) 'and I said to myself, with all the technology that exists in Israel we must use it to protect human life. It always takes the political and military echelons a long time' (Gold continued) 'to think about what they want to do, and in the meantime we started to create a solution.'

The Iron Dome's radar identifies incoming projectiles and determines which missiles are likely to land in populated areas or strategic assets. It then fires an interceptor missile and destroys the target. Since the first Iron Dome battery became operational in 2011, more than 1,000 rockets have been successfully intercepted. There are now nine Iron Dome batteries in place across Israel, with more to come.

Gold, who has doctorates in electrical engineering and business management from Tel Aviv University, was awarded the Israeli Defense Prize in 2012 for spearheading the Iron Dome project.

'People feel that someone or something is protecting them,' (according to Gold.) 'They gain confidence because they see Iron Dome working so nicely. Of course, (he continues) they still have to go to shelters because it is not 100 percent effective, but people are feeling safer and feeling proud of this Israeli achievement. This makes me feel very good.'"

(You should feel good, Dr. Gold. You should! And I repeat, I love you!)

I suspected that the late Mike Nichols was Jewish, mainly because he was such a brilliant comedian and moviemaker. (I know. I know. I'm being partial!) Well, he WAS and he will never be forgotten.

According to information on the Internet, Mike Nichols was born Mikhail Igor Peschkowsky in Berlin, Germany, the son of Brigitte (Landauer) and Pavel Peschkowsky, a physician. His father was born in Vienna, Austria, to a Russian Jewish immigrant family. Nichols' father's family had been wealthy and lived in Siberia, leaving after the Russian Revolution, and settling in Germany around 1920. Nichols' mother's family were German Jews. Nichols is a third cousin twice removed from scientist Albert Einstein through his mother.

In April 1939, when the Nazis were arresting Jews in Berlin, 7-year-old Mikhail and his 3-year-old brother, Robert, were sent alone to the United States to meet up with their father, who had fled months earlier. His mother eventually joined the family, escaping through Italy in 1940.

A successful film and theater director, producer, actor and comedian, Mike Nichols first came into "my view" when he was half of the comedy team, Mike Nichols and Elaine May. He won an Academy Award for Best Director in 1968 for the movie "The Graduate." His other films include "Who's Afraid of Virginia Woolf?," "Catch-22," "Carnal Knowledge," "Silkwood," "Working Girl," "The Birdcage," "Closer" and "Charlie Wilson's War." He was also responsible for great television fare and stage productions such as "Barefoot in the Park" and "Spamalot."

(All his works are among my very favorites. He will be sorely missed.)

This came to mind while writing about Israel's Iron Dome earlier in the column.

"A very old friend who is a musician/magician, ED SOLOMON, came up with a great idea for security. The following comes directly from Ed:

'I canceled out my alarm system monitoring and dropped out of Neighborhood Watch. Instead, I put up two Pakistani flags raised in my front yard with the black ISIS flag in the center. Now, the local police, FBI, NSA and other intelligence services are all watching my house 24/7. I've never felt safer in my life!'"

(What a great idea! Those flags would guarantee that your house will be watched by our government constantly.)

The show includes a dessert buffet.

(Those Divas are all better looking and better dressed than me. I hate them!)

One of the best of Broadway...

"The Phantom of the Opera" is here in town... really! It opened on Dec. 3 and will be performed through Dec. 14 at the beautiful Dr. Phillips Center for the Performing Arts, 445 S. Magnolia Avenue, Orlando.

Following an acclaimed sold-out tour of the United Kingdom, Cameron Mackintosh's spectacular new production of Andrew Lloyd Webber's phenomenal musical success, "The Phantom of the Opera," is here in Orlando as part of a brand new North American tour. Hailed by critics as "bigger and better than ever before," this production boasts many exciting special effects including the show's legendary chandelier, new scenic and lighting designs, new staging and choreography. The beloved story and thrilling score will be performed by a cast and orchestra of 52, making this "Phantom" one of the largest productions now on tour.

(You don't want to miss this! Make it a super Chanukah present!)

A Catholic priest, a Baptist preacher and a rabbi all served as chaplains to the students of a college in Michigan. They would get together two or three times a week for coffee and to talk shop.

One day, someone made the comment that preaching to people isn't really all that hard, a real challenge would be to preach to a bear.

One thing led to another, and they decided to do an experiment. They would all go out into the woods, find a bear, preach to it, and attempt to convert it to their religion. Seven days later, they all came together to discuss their experiences.

Father Flannery, who had his arm in a sling, was on crutches, and had various bandages on his body and limbs, went first.

"Well," he said, "I went into the woods to find me a bear. And when I found him, I began to read to him from the Catechism. Well, that bear wanted nothing to do with me and began to slap me around. So I quickly grabbed my holy water, sprinkled him and, Holy-Mary-Mother-of-God, he became as gentle as a lamb. The bishop is coming out next week to give him first communion and confirmation." 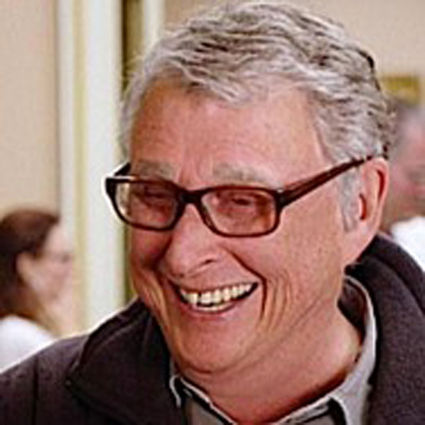 Reverend Billy Bob the Baptist, spoke next. He was in a wheelchair, had one arm and both legs in casts, and had an IV drip. In his best fire-and-brimstone oratory, he exclaimed, "WELL, brothers, you KNOW that we Baptists don't sprinkle! I went out and I FOUND me a bear. And then I began to read to my bear from God's HOLY WORD! But that bear wanted nothing to do with me. So I took HOLD of him and we began to wrestle. We wrestled down one hill, UP another and DOWN another until we came to a creek. So I quickly DUNKED him and BAPTIZED his hairy soul. And just like you said, he became as gentle as a lamb. We spent the rest of the day praising Jesus. Hallelujah!"

The priest and the reverend both looked down at the rabbi, who was lying in a hospital bed. He was in a body cast and traction with IVs and monitors running in and out of him. He was in really bad shape.

The rabbi looked up and said: "Looking back on it, circumcision may not have been the best way to start."