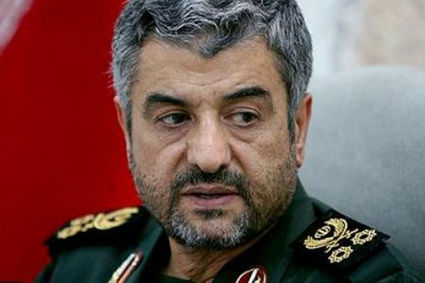 As international negotiators departed Vienna with a final deal on Iran's nuclear program still elusive, the commander of the widely-feared Islamic Revolution Guards Corps (IRGC) threatened to eliminate the State of Israel by "conquering Palestine."

Fars news agency, an official mouthpiece of the Iranian regime, reported that Major General Mohammad Ali Jafari, the Commander of the IRGC, declared in Tehran that "Americans have very clearly surrendered to Iran's might and this is obvious in their behavior in the region and in the negotiations, and the enemies' reservations vis-a-vis Iran are completely felt."

Jafari warned "that if the US and its allies dare to launch a military attack on Iran, then our war will end by conquering Palestine," Fars said.

Jafari asserted that "the entire region is within the range of resistance groups' missiles," a clear reference to Lebanese Islamist terrorist organization Hezbollah, which is, along with the Syrian regime of Bashar al Assad, a key Iranian ally and the beneficiary of extensive Iranian military aid. 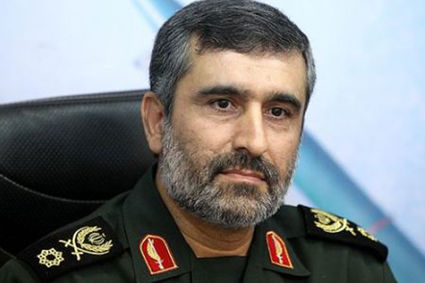 This last claim is consistent with reports that the Iranians have supplied Hezbollah with "a new missile of great destructive capabilities... that can reach the Dimona nuclear reactor in southern Israel." The missile in question is the Fateh, or "conqueror," "with a range between 250 and 350 kilometers, that is fitted with 500 kg warhead, and that travels at a speed of 1.5 kilometers per second or 5400 kilometer per hour ( 3375 miles per hour.)"

Last week, Brigadier General Amir Ali Hajizadeh of the IRGC revealed that Iran had provided missile-production plants and training for Hezbollah and Hamas, the Palestinian terrorist group that controls the Gaza Strip. Hajizadeh also said that missile manufacturing plants in Syria were designed and built by Iran.