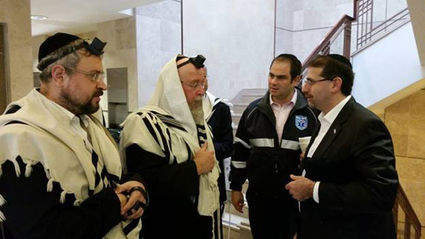 JERUSALEM-U.S. Ambassador to Israel Daniel Shapiro visited the Har Nof Synagogue in Jerusalem, the scene of the Nov. 18 terror attack. The ambassador prayed in memory of all of the victims of the attack, including saying the Kaddish prayer for the departed and for peace. 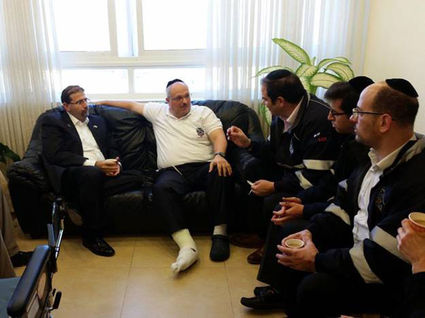 At the conclusion of the prayer service, the ambassador received a first-hand account of the terror attack from United Hatzalah emergency responders who were first on scene.

After witnessing first-hand the scene of the terror attack, the ambassador paid a visit to injured United Hatzalah paramedic Yanki Ehrlich.

Eli Beer, president and founder of United Hatzalah, who coordinated the visit, said: "Americans and Israelis are bound together in the fight against terror and the fight for life. United Hatzalah salutes our friend U.S. Ambassador Dan Shapiro as a true ambassador for freedom from fear."