Meitin president of JNF Board 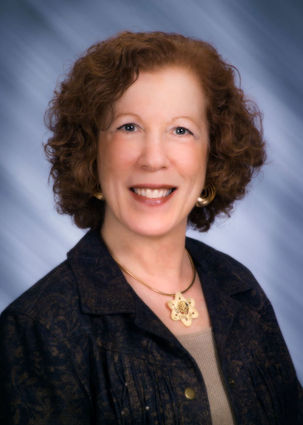 ORLANDO-Jewish National Fund (JNF) is proud to announce the appointment of Debbie Meitin as president of JNF's Board of Directors in Orlando.

"Debbie is a strong leader for JNF and for the Jewish community in Orlando," said Laura Abramson, JNF Orlando campaign executive. "She works diligently on behalf of the people and land of Israel. As president, her passion and vision for the campaign year will be an inspiration that will take JNF to the next level."

Meitin was born in Cleveland, Ohio, and went on to graduate from Michigan State University and Ohio State University. While living in Chicago, she went on a Jewish singles cruise and met Samuel Meitin, z"l, from Orlando, who she eventually married.

Meitin moved to Orlando in 1987 and worked in health administration at Ernst & Young and Florida Hospital. She also began leading the Israeli dance group at the JCC and became involved with Temple Israel. Meitin has served as cantor, on the board and executive board of the synagogue for 11 years and chaired the Ritual Committee for several years. After going on a JNF Women's Mission to Israel in 2008, Meitin was asked to start a local women's group, and with the help of a great steering committee, the group has been running successful programs since. She has also served as local leader of the JNF National Women for Israel Board. Meitin is very proud of her children, Jennifer and Jeffery Prechter, and their children, Abigail and William; Rebecca Meitin; and Amy Gutter-Gohlke and her sons, Anthony, Odin and Orion. Following the death of Samuel in 2007, Meitin married Larry Gutter.

"I am honored to serve as president of JNF in Orlando," said Meitin. "This is an amazing organization that does so much for the people and land of Israel. I've seen it first-hand on two different JNF missions to Israel. We have a very dynamic board in Orlando and we will be having more opportunities to spread the word about the work of JNF in Israel. I look forward to our community programs that increase knowledge about JNF and allow more people to become involved in our mission and campaign."

For more information on JNF in Orlando, please contact Laura Abramson at labramson@jnf.org or 407.804.5568.