By Wallace Bruschweiler and Alan Kornman

Egyptian president calls for Islam to grow up 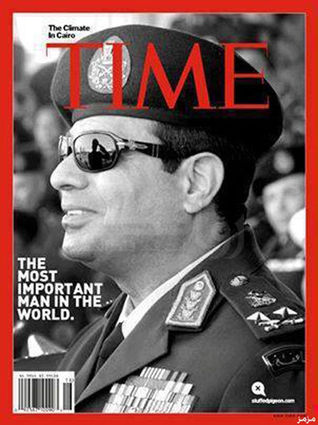 Egyptian President Abdel Fattah al-Sisi calls for Islam to 'grow up' and join the 21st century in its "Islamic thinking" at the prestigious Al-Azhar University. Al-Azhar is the same location where President Obama gave his famous 2009 Cairo Speech insisting the two front row seats be assigned to Muslim Brotherhood members.

General al-Sisi is saying the current Islamic thinking, based on the texts and Islamic Law, are "antagonizing the entire world." General al-Sisi understands that the current trajectory of the Islamic World is the major "source of anxiety, danger, killing and destruction" for the rest of the non-Muslim world.

General al-Sisi, a devout Muslim, is telling all who will listen that his fellow Muslims who use terrorism, suicide bombings, beheadings, mass killings, violent expansionism and wish to kill and subjugate 'the others' to build a new caliphate so that they themselves may live, is impossible.

"You need to step outside of yourselves to be able to observe it from the outside, to root it out and replace it with a more enlightened vision of the world," General al-Sisi said.

General al-Sisi's message will capture the imagination of everyone who dreams of the day when the Muslim and non-Muslim world will find a common ground of mutual respect and the possibility of living in a more peaceful world.

Conversely, al-Sisi's message will enrage those who support violent Islamic expansionism, totalitarianism, hatred of the non-Muslim, and subjugation of entire populations both Muslim and non-Muslim who do not follow the right form of Islam, whatever that may be.

If President Obama does not openly support General al-Sisi's call for Islam to join the 21st century, we will know he is not a part of the solution. If American Islamic civil rights groups like (CAIR) Council On American Islamic Relations, (MSA) Muslim Students Association, (ISNA)Islamic Society of North America, (NAIT) North American Islamic Trust, (MAS)Muslim American Society, and (MB) The Muslim Brotherhood, to name only a few, do not publicly support General al-Sisi's call for change then they are a part of the problem.

We strongly suspect General al-Sisi's message had been cleared with Saudi Arabia and the United Arab Emirates.

The following is an excerpt from Egyptian President General El Sisi in a New Year's Day Speech 2015:

Is it possible that 1.6 billion people [Muslims] should want to kill the rest of the world's inhabitants-that is 7 billion-so that they themselves may live? Impossible!

All this that I am telling you, you cannot feel it if you remain trapped within this mindset. You need to step outside of yourselves to be able to observe it from the outside, to root it out and replace it with a more enlightened vision of the world.

Where do you and especially the so-called silent majority of Muslims stand?