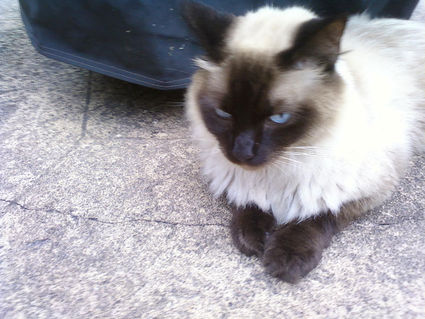 I recently read an article in the World Jewish Congress Digest that, frankly, made me happy.

My spouse and I visited Switzerland a few years ago. We loved the people, the scenery, the food, etc., but that's not what I refer to as making me happy... although I loved the trip. Rather, I'm referring to this article about a Swiss Museum's refusal to accept art that was looted by Nazis. I pass it on to you:

"Calling art stolen from Jewish collectors or taken from German state museums by the Nazis 'the last prisoners of World War II,' WJC President Ambassador RONALD S. LAUDER welcomed the announcement by the Bern Art Museum in Switzerland to accept the bequest of the late Cornelius Gurlitt under the condition that the entire collection be promptly investigated and that those works found to be looted are excluded and returned to their rightful owners or heirs.

Gurlitt's father, Hildebrand, was an art dealer working on behalf of Adolf Hitler. Hundreds of masterpieces, valued at an estimated $1.3 billion, were found in Cornelius Gurlitt's Munich apartment and a house in Salzburg, Austria, in 2012. Gurlitt died in May at age 81.

'In my view, it is the right decision by Bern to refuse the toxic part of this collection, which was put together by one of the Nazis' leading art dealers at the detriment of Jews, German museums and many other people,' said Lauder. 'We need full transparency in the process of checking their provenance... We appreciate that all parties have made it clear that no picture that is under a cloud of suspicion will go to Bern.'

The museum has published a 196-page listing of all artworks in the Gurlitt collection on its website in the hope that it might help to identify the rightful owners.

The museum has called the list a 'work in progress,' stating that it will continue to add details pending further investigation.

(If you feel that you or your family need to know more about this Bern Art Museum list, I suggest contacting the Swiss Embassy.)

Not an art treasure...

But a treasure just the same...Kelly, a Siamese cat with bright blue eyes, was euthanized on Jan. 30 because he was suffering from leukemia and had developed a tumor in his mouth, making it very difficult for him to eat. (We were told by his veterinarian that, even if surgically removed, it would surely return, so surgery was not an option. However, keeping him from suffering was our only option.)

Why am I writing about a cat in this column, you ask? Well... as sad as this event was, we had to laugh when Kelly's body, completely wrapped and ready for burial, was presented to me. There was a large cross drawn at the top of the wrapping. "Wait a minute!" I cried. "Kelly is a Jewish cat!"

(Sir Jones? Doc Jones?... YES! I've had the pleasure of singing this fabulous jazz number several times in performance, of course, being female, I would sing "Sir Jones." The song was written in 1937 by two wonderful talents, Richard Rodgers, composer, and Lorenz Hart, lyricist. Both, like Kelly the cat, were also Jewish.)

The "Doc" Jones I refer to is Doctor CHANTAL M. JONES, DVM, a gifted and compassionate member of the McAbee Veterinary Hospital, Winter Park, Florida, staff.

Neighboring Mount Dora will be holding a Pet Expo and fundraiser (tomorrow) Saturday, Feb. 14, which is also Valentine's Day (a reminder to my spouse, hmmmm).

The Pet Expo, named A'Lure for Love, will take place at Elizabeth Evans Park, beginning at 10 a.m. and continuing until 3 p.m.

For further information, directions or tickets, go to

I'm speaking of the super-talented musician, SYL LAFATA. I've had the pleasure of performing with Syl many times and hope to "sit in" with him when he appears at the Altamonte Chapel on Sunday, Feb. 22, beginning at 12:30 p.m.

Our own ALAN ROCK, will emcee this event and had this to say about Syl: "Syl LaFata will be bringing his swinging clarinet to the Chapel. Every time Syl shows up to jam, he brings the house down with his Benny Goodman style. Mark this date down as one you shouldn't miss."

The Altamonte Chapel is located at 825 East SR 436 in Altamonte Spring.

(And let me add that Syl even looks like Benny Goodman. I can honestly say he is one of my very favorite musicians to perform with... not only because of his great talent, but also his kindness and caring. He has the right vibe!)

Children 12 to 17 throughout the Southeast diagnosed with autism spectrum disorder (ASD) now have a special Jewish summer camp with a supportive environment that encourages social interaction and personal growth.

Camp Ramah Darom's Tikvah Program will be the first program in the Southeast focused on providing a traditional, immersive, Jewish summer camping experience to teenagers with autism spectrum disorder. The program will be fully integrated into a community that is steeped in Jewish celebration, learning, and ritual.

With the new program, Ramah Darom will build upon expertise gained during 10 years of operating its nationally recognized Camp Yofi-a five-day camp for families of children with ASD. Ramah Darom also is expanding the reach of the National Ramah Tikvah Network of programs that serve Jewish children, teens, and young adults with a variety of disabilities. 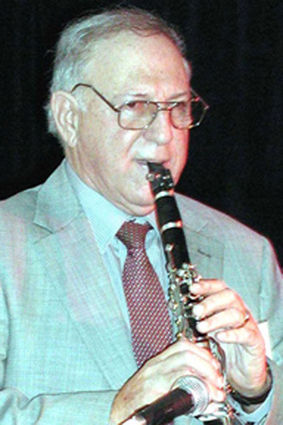 My buddy BERNY RAFF sent me another "elderly" joke.

(Do you suppose he really thinks I'm elderly? No way! )

I pass it along to you:

Hospital regulations require a wheel chair for patients being discharged. However, while working as a student nurse, I found one elderly gentleman already dressed and sitting on the bed with a suitcase at his feet, who insisted he didn't need my help to leave the hospital.

After a chat about rules being rules, he reluctantly let me wheel him to the elevator.

On the way down I asked him if his wife was meeting him. "I don't know," he said. "She's still upstairs in the bathroom changing out of her hospital gown."