A 'treasures of Jewish music' concert at Temple L'Chayim 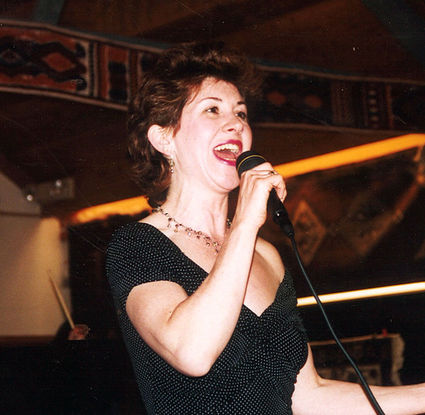 Temple L'Chayim will be hosting a special Purim Concert and Party featuring a melody of festive songs and traditional Jewish music. This event will be open to everyone. It will be held at the Clermont Arts and Recreation Center on Saturday, March 7, starting at 7 p.m., and located at 3700 South Highway 27, Clermont, FL 34711.

Treasures Of Jewish Music is a unique and memorable concert representing a chronicle of Jewish music from the 14th century up through the present day, encompassing the many Jewish musical cultures of those periods. This concert will feature Ladino music, Yiddish theater, classical cantorial selections, Israeli songs and Broadway favorites. The singing artists will be Cantor Isaac Kriger as tenor, Elizabeth Brahm-Kriger as contralto and Betty Silberman as soprano. The three performers are from Kriger Entertainment Productions, here in Central Florida.

Betty Silberman will be a special guest artist who has performed pop, jazz, blues, cabaret and multi-ethnic music across the world. The daughter of Holocaust survivors from Poland, Silberman's has starred in many Yiddish theater productions. She was good friends with Molly Picon, the 'Queen of Yiddish Theatre' having played the part of Molly Picon as the matchmaker in "Fiddler On The Roof" and many other Yiddish theater productions. Her off-Broadway credits include "The Golden Land," "Broome Street America," "Those Were The Days" and the lead role in "Fanny." She was a lead singer with the Shirim Klezmer Orchestra and a featured vocalist with Klezmer Conservatory Band performing in the United States, Canada, Germany and Italy. Silberman lives in Sarasota, Florida, where she performs for cabaret and special event productions while she also teaches music.

Cantor Isaac Kriger spent two years as a principle lead tenor with the Israel National Opera. He went on to sing lead tenor roles in Opera Houses across Austria, Switzerland, Germany and Italy. Kriger sang at the Opera Company of Boston. Kriger was engaged by Dom Deluise to sing tenor arias and duets with Metropolitan Opera soprano Susan Pachell for the Hollywood movie "Happy." He made a recording for the John F. Kennedy Requiem composed by William F. Maselli of Boston. He appeared on the New York TV program "The Jewish Hour" performing excerpts from the show "Memories of the Yiddish Theater." Kriger serves as cantor along with Rabbi Howard Schwartz as spiritual leaders of Temple L'Chayim. 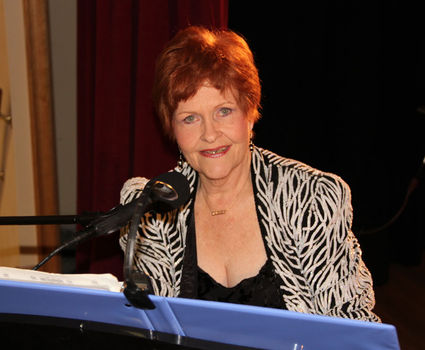 Elizabeth Brahm-Kriger is a multi-talented musician, operatic singer, coach-accompanist, musical director, choral director and vocal instructor. Brahm-Kriger was under contract as a lead mezzo-contralto singer with the Israel National Opera as well as many other European opera houses in Zurich, Switzerland; Vienna, Austria; Munich, Germany as well as with The Opera Company of Boston, Kansas City Opera, Providence Lyric Opera and the Santa Fe Opera. She presently holds a position as professor of voice at the University of Florida in Gainesville. She is the organist and choir director of Temple L'Chayim. Cantor Kriger and Brahm-Kriger continue to do many 'Treasures of Jewish Music' concerts throughout the U.S. to help educate all people of the special musical Jewish culture and heritage.

Purim Concert Tickets are only $20 per person in advance. Seniors over 60 and children under 10 are only $15 with advance ticket purchases. All tickets will be $25 per person at the door. Call Nathan Axel no later than March 3 for advance ticket sales at: 352-242-6135. Hamantaschen, Purim treats and refreshments will be served.