What billionaires owe the Jewish community 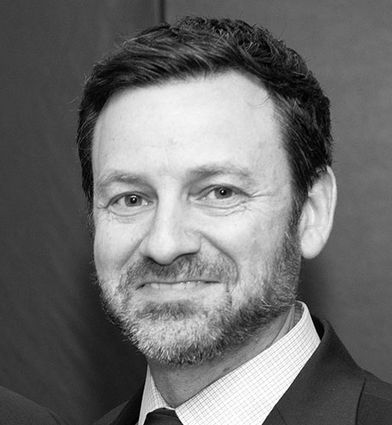 BOSTON (JTA)-In the past decade, a new class of Jewish mega-givers has emerged, reshaping the Jewish philanthropic landscape.

This has been, without a doubt, a tremendous boon for Jewish life. Super-donors are facilitating the expansion of the Jewish enterprise. With their largesse, more young people are going to Israel, more kids are receiving scholarships for camp, more dollars are flowing to the Jewish state and more seniors are aging with dignity.

But there is a downside to this funding windfall: These donors are essentially setting the agenda of the Jewish world, and no one but them has a say in it. In some communities, a single contributor provides more funding than the rest of the Jewish community combined.

"This is a group of people with remarkable power," Mark Charendoff, then president of the Jewish Funders Network, said in 2007, when the shift in power first became apparent. "There is virtually no accountability for how they exercise it. They can either be thoughtful or not. They can be strategic or ego driven. No matter what they decide, they have an impact."

With all the power these donors wield in dictating the direction of Jewish life, don't they, at the very least, have an obligation to be in an active dialogue with the larger Jewish community about how they might best use their funds? After all, while the donors may foot the bill, everyone else has to live in the world they've constructed.

To be sure, the impact of mega-givers is not an entirely new phenomenon. There have always been wealthy, generous people in the Jewish community who have played an outsized role in setting the communal agenda.

But the emerging class has much deeper pockets than the previous generation of givers, is contributing a much higher percentage of the annual budgets of Jewish organizations and, consistent with generational trends in philanthropy, demands a much bigger role in determining how its funds will be used.

An older generation of donors tended to give to big institutions, which they counted on to make good use of their funds. Less trustful of institutions and more keen on making a direct impact, this generation of funders tends to tailor its giving to particular areas of interest and expects an active role in molding the projects it funds.

That's all well and good as long as the desire of the donor matches the collective priorities of a community. But in some cases the inclinations of donors have essentially become the de facto strategies of the organizations and communities that they fund. When a donor responsible for half the budget of an institution favors a certain program or service, rarely is that Jewish organization in a position to argue.

If the donor is interested in elevating a certain kind of Jewish identity program or in promoting a certain view of Israel or in building a new museum rather than, say, a new school, that donor can often singlehandedly dictate the community's agenda. Invariably, when a large donor makes a major investment in an area of activity, that investment attracts other dollars and corrals the energy of the entire community. A community that might not have otherwise chosen to build a new museum might all of a sudden find itself completely immersed in a large-scale project, just because one donor thought it was a good idea.

It's high time the Jewish philanthropic world adopted a new ethic of accountability. I don't mean accountability in a legal sense. Donors can legally invest in whatever philanthropic purposes they choose. Rather, the big donors should open up the decision-making process and invite the community into the discussion about how they might best use their money.

Just as corporations hold an annual meeting with their stockholders who vote on the direction of the company, mega-donors should treat the larger Jewish community as stakeholders in their communal giving enterprise and factor in their aspirations and priorities. Mega-givers should hold their own annual meetings of stakeholders-the Jewish community-and open the floor for conversation. They should also be transparent in how they use their funds and issue annual reports of their giving.

Such input and transparency would not undercut donors' ability to make decisions about how they use their money. It's theirs to spend. It would, however, help the donors stay in sync with the people they are serving, and give the larger Jewish community confidence that it's part of the process of determining the Jewish future.

As Voltaire said more than two centuries ago, "With great power comes great responsibility." It's time for mega-givers to exercise greater responsibility in how they help the Jewish community grow.

JTA Blog—The billionaires’ club isn’t as exclusive as it used to be.

On Monday Forbes released its 29th annual list of every billionaire on the planet, and it features a record 1,826 people, or 181 more than last year.

As in previous years, Jews are disproportionately represented on the roster of the world’s wealthiest, with 10 Jews among the top 50. (The list, topped by Bill Gates, ranks from richest to slightly less rich.)

Larry Ellison, the founder of the tech giant Oracle Corporation, is the wealthiest Jew in the world and the fifth wealthiest person alive. At age 70, his net worth is $54.2 billion.

With a net worth of $35.5 billion, former New York City Mayor Michael Bloomberg is the second wealthiest Jew on the list and 14th wealthiest person overall. Mark Zuckerberg, still one of the world’s youngest billionaires at age 30, climbed five spots on the list to number 16 overall. His net worth has grown to $33.4 billion.

There are several Jews among the newcomers on the list as well, including Russ Weiner, the founder and CEO of Rockstar energy drinks, Jerry Reinsdorf, the owner of the Chicago Bulls and the Chicago White Sox sports franchises, and Ken Grossman, a co-founder of the Sierra Nevada Brewing Co. Weiner is the son of prominent conservative radio talk show host Michael Savage (born Michael Weiner). Seth Klarman, an investor in the Times of Israel, is also on the list, with a net worth of $1.5 billion.

While men far outnumber women on the list, a few Jewish women are on it, including American-Israeli businesswoman Shari Arison ($4.4 billion), investor Karen Pritzker ($4.3 billion), philanthropist Lynn Schusterman ($3.7 billion) and co-founder of The Gap clothing store Doris Fisher ($3.2 billion). With a net worth of $1 billion, Sheryl Sandberg, of Facebook and “Lean In” fame, just makes the cutoff for the list.