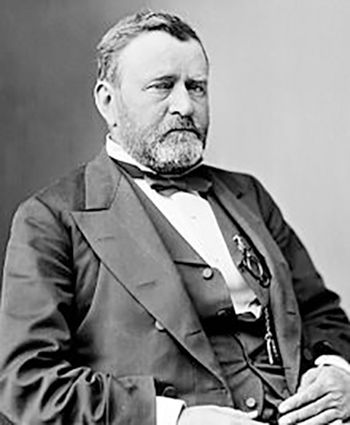 Leave it to the Israelis...

I've said it before and I'll say it again... the world would surely have had a cure for all cancers and so many other diseases and conditions threatening life and quality of life today, if the murder of millions of Jews during the Holocaust never happened. I am convinced of that. What a waste of so many brilliant minds. The entire world is being punished.

I read this in a current issue of the World Jewish Congress (WJC) Digest and I pass it along to you:

"'From the moment you detect chest pain until the moment they put you on the table to treat it, every 30-minute delay causes a 7.5 percent increase in mortality.' This statistic, cited by Dr. DOV RUBIN, vice-president for marketing and business development at Israel's HealthWatch Technologies, was the reason behind their hWear shirt.

The shirt is embedded with an electrocardiogram (ECG) device that passively collects ECG signals for cardiac events such as arrhythmia and ischemia and alerts the patient's and doctor's smartphones automatically.

The fully washable shirt mixes high-tech nylon threads with conducting fibers that are placed in the same location where the leads of an ECG machine would be attached to the body.

The shirt sends out alerts if any cardiac events are detected or if the wearer falls or is immobile for an unusual period of time, helping to quickly confirm a cardiac event requiring immediate intervention.

'Cardiac patients won't have to be hooked up to a machine and covered with adhesives. Most importantly, if a patient blacks out or experiences chest pain, all the medical data showing what happened just before and just after has already been transmitted to the doctor. I see this as the future of where medicine is headed,' said Dr. Rubin.

(This is really awesome!)

Also in the WJC Digest, I read the following:

"In January of 1863, United States Civil War General Ulysses S. Grant revoked the most blatant official act of anti-Semitism in 19th century American history, expulsion order 'General Order No.11,' in which all Jews were expelled from Kentucky, Tennessee and Mississippi."

(I couldn't believe this! I wondered why I hadn't heard it before, so I did some research and I'm glad I did.

I found that General Grant was the one who initiated the horrific anti-Semitic act in the first place! And to think, he became the 18th president of the United States.)

The International Round Table (IRT) next meeting of Tradingwise, sponsored by our own JIM and RACHEL SHIPLEY, will be held on Thursday, April 2, at the University Club, 150 East Central Avenue, (corner of Rosalind and across from the library.)

There is free parking next to the club but space is limited in which case there is a public parking garage a few doors west of the Club.

According to the Shipley's "Once again we are going to hear from Florida Hospital on the Affordable Care Act, what it means now to you and your business. MICHAEL GRIFFIN, the vice president of Public Affairs for Florida Hospital will be featured. Mike was an executive at Disney for many years, and so he's got the right background for this situation." The Shipleys added, "The meeting commences at 11:30 a.m. for networking followed by a buffet lunch at about 11:50 a.m. The speaker goes on about 12:10 p.m. and we hope to wrap up about 1 p.m., after which folks can stay as long as they want for further networking. The University Club is ideal for small sit downs.

The cost for the IRT is $30. The Tradingwise web master is BOB GREGOR, head of Circle Tree, a web development and marketing company. Credit cards are not accepted at the meeting... only cash or check.

BRION PRICE IS the official photographer. To have your photo taken, just approach him at the IRT and get his card.

The Shipley's would appreciate an e-mail or phone call confirming your attendance. Their e-mail is tradingwise@cfl.rr.com or call them at 407/222-5723.

If you have a friend or business associate who might be interested in the IRT bring them along – just let the Shipleys know so they can put them on their attendee list. If you make a reservation and find you cannot attend, please let them know also because lunch is ordered in advance.

For all you animal lovers.

This is pretty simple. Please tell 10 friends to tell 10 today!

The Animal Rescue Site is having trouble getting enough people to click on it daily to meet their quota of getting free food donated every day to abused and neglected animals.

It takes less than a minute to go to their site and click on the purple box 'fund food for animals' for free.

This doesn't cost you a thing.

Their corporate sponsors/advertisers use the number of daily visits to donate food to abandoned/neglected animals in exchange for advertising.

Here's the web site! Pass it along to people you know. http://www.theanimalrescuesite.com.

On Erev Passover, Friday, April 3, Congregation Ohev Shalom (COS) will hold a community Seder led by Rabbi DAVID KAY. Members and guests are invited to attend this wonderful event catered by Amira and Sonia. For questions, phone 407-298-4650.

(It's not always about food with me... I know, I know, you guys don't believe me!) This time though, it was about beauty. (Oh Shut up!)  Recently, at the Publix in Casselberry Commons Customer Service Desk, ERIC MARTINEZ was super kind and helpful to me. He deserves a loud shout-out!

And just the other morning, at the Clinical Pathology Laboratory South East on Maitland Avenue, lovely BEVERLY GRESHAM was so sweet and especially gentle while taking several vials of blood from me. I hardly felt a thing! (Do you suppose I will look thinner with all that blood loss now? Sure hope so!) 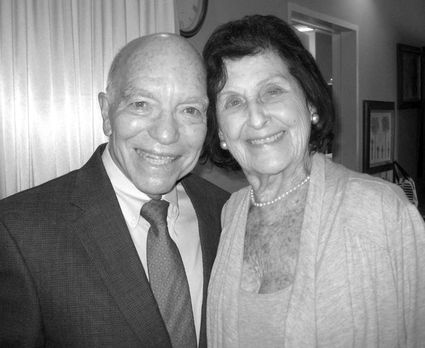 My spouse and I are married for more than 54 years. (We were very happy for 20 years but then we met.) Of course we were very passionate lovers early in the marriage. Now we are angry roommates! (Of course, I am kidding! But you knew that.) Here is an anniversary story for the road:

Sadie and Benny were both 70 years old and were celebrating their 40th wedding anniversary. When all the family and guests had left their house, a fairy appeared from nowhere and said to them, "Congratulations, you two. I'm here to grant you both one wish each."

Sadie said, "I want to travel around the world."

The fairy waved her magic wand and POW – Sadie had tickets in her hand for a round the world cruise on a Cunard liner.

Then the fairy asked Benny what he wanted.

Benny replied. "I wish I had a wife 30 years younger than me."

So the fairy picked up her wand and POW – Benny was 100 years old.