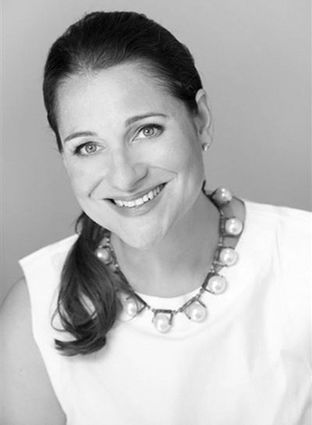 At this year's Choices event, held on April 14, American writer, TV producer and former journalist Jennifer Weiner will charm the Choices audience with her wit as she discusses her books, personal experiences and women's search for a sense of self. She has authored nine best-selling books, including eight novels and a collection of short stories, with a reported 11 million copies in print in 36 countries. She also was voted No. 14 on Time magazine's list of 140 Best Twitter Feeds. Her latest novel, "All Fall Down," has received critical acclaim.

Following her journalistic heart, she worked at several newspapers and wrote for several magazines on topics that ranged from actor profiles to serious articles about teen drug abuse and sex in college to her grandmother's gefilte fish.

Writing novels is where Weiner has shined. Her first novel, "Good in Bed," published in 2001, was a partial biography and made the New York Times bestseller list. Four years later "In Her Shoes" was published. 20th Century Fox picked it up and made it into a feature film starring Shirley MacClaine, Toni Collette and Cameron Diaz. Her sixth novel, "Best Friends Forever," made Publishers Weekly's list of the longest-running bestsellers of the year.

Beyond her fiction-writing career, Weiner is a vocal critic of the male bias in the publishing industry and media.

"I think it's a very old and deep-seated double standard that holds that when a man writes about family and feelings, it's literature with a capital L, but when a woman considers the same topics, it's romance, or a beach book-in short, it's something unworthy of a serious critic's attention," Weiner told The Huffington Post in 2010.

Weiner has expressed ambivalence toward that label, embracing the genre it stands for while criticizing its use as a pejorative term for commercial women's fiction. "I'm not crazy about the label," she has said, "because I think it comes with a built-in assumption that you've written nothing more meaningful or substantial than a mouthful of cotton candy. As a result, critics react a certain way without ever reading the books."

Weiner has described what she sees developing as an angry divide between "Ladies literature" and "chick lit." Speaking of that divide she said in a blog, "... it seems like a grown-up version of the smart versus pretty games of years ago; like so much jockeying for position in the cafeteria and mocking the girls who are nerdier/sluttier/stupider than you to make yourself feel more secure about your own place in the pecking order."

At the end of the evening, Weiner will sign books that will be available for purchase.