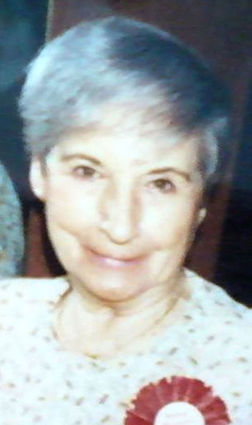 No way! But, if you are a "senior citizen" you should read this story sent to me by a reader:

"Checking out at the store, the young cashier suggested to the much older lady, that she should bring her own grocery bags because plastic bags are not good for the environment. The woman apologized to the young girl and explained, "We didn't have this 'green thing' back in my earlier days."

The young clerk responded, "That's our problem today. Your generation did not care enough to save our environment for future generations."

The older lady said that she was right... "Our generation didn't have the 'green thing' in its day. The older lady went on to explain:

"Back then, we returned milk bottles, soda bottles and beer bottles to the store. The store sent them back to the plant to be washed and sterilized and refilled, so it could use the same bottles over and over, so they really were recycled. But we didn't have the 'green thing' back in our day.

Grocery stores bagged our groceries in brown paper bags that we reused for numerous things. Most memorable, besides household garbage bags, was the use of brown paper bags as book covers for our school books. This was to ensure that public property (the books provided for our use by the school) was not defaced by our scribbling. Then we were able to personalize our books on the brown paper bags. But, too bad we didn't do the 'green thing' back then.

We walked upstairs because we didn't have an escalator in every store and office building. We walked to the grocery store and didn't climb into a 300 horsepower machine every time we had to go two blocks. But she was right. We didn't have the 'green thing' in our day. Back then we washed the baby's diapers because we didn't have the throw away kind. We dried clothes on a line, not in an energy-gobbling machine burning up 220 volts. Wind and solar power really did dry our clothes back in the early days. Kids got hand-me-down clothes from their brothers or sisters, not always brand new clothing. But that young lady is right; we didn't have the "green thing" back in our day. Back then we had one TV, or radio, in the house, not a TV in every room. And the TV had a small screen the size of a handkerchief (remember them?), not a screen the size of the state of Montana. In the kitchen we blended and stirred by hand because we didn't have electric machines to do everything for us. When we packaged a fragile item to send in the mail, we used wadded up old newspapers to cushion it, not styro-foam or plastic bubble wrap. Back then, we didn't fire up an engine and burn gasoline just to cut the lawn. We used a push mower that ran on human power. We exercised by working so we didn't need to go to a health club to run on treadmills that operates on electricity. But she's right; we didn't have the "green thing" back then. We drank from a fountain when we were thirsty instead of using a cup or a plastic bottle every time we had a drink of water. We refilled writing pens with ink instead of buying a new pen, and we replaced the razor blade in a razor instead of throwing away the whole razor just because the blade got dull. But we didn't have the 'green thing' back then. Back then, people took the streetcar or a bus and kids rode their bikes to school or walked instead of turning their moms into a 24-hour taxi service in the family's $45,000 SUV or van, which cost what a whole house did before the 'green thing.' We had one electrical outlet in a room, not an entire bank of sockets to power a dozen appliances. And we didn't need a computerized gadget to receive a signal beamed from satellites 23,000 miles out in space in order to find the nearest burger joint. But isn't it sad the current generation laments how wasteful we old folks were just because we didn't have the 'green thing' back then?"

Tonight is Erev Passover, and once again Irv and I will celebrate the first Seder at Congregation Ohev Shalom. It brings back memories of last year's wonderful Seder at COS. and (as I write this column in advance) in today's news there is a lot of coverage of a terrible plane crash in the French Alps, which also brings back memories of a special lady that absolutely loved COS and feared plane crashes:

Irene L. Golub, now deceased, once lived here in Central Florida and frequently attended Congregation Ohev Shalom. She loved it but, as the widow of her spouse, Sam Liebowitz, who was buried in NYC and who purchased two plots for her and their son, well-known composer/entertainer, TERRY HAMMOND, she felt she would be buried up North when that day came. (Irene never used her husband's last name after he died, rather, she went by her maiden name, Irene L. Golub.)

Then (back then) she heard about a terrible plane crash caused by ice on the wings and that got her thinking... When her time comes, she decided, she could not allow her beloved son to accompany her body up north on a plane that could have ice on the wings. (Never mind that she lived in Florida!)

Although, at that time, even though she had moved down to Ft. Lauderdale, she decided to purchase two plots here at COS cemetery, one for her and one for Terry. She called them "two on the aisle."

(Irene L. Golub was my dad's sister, and a most adored aunt of mine.)

JULIE BEGANI graduated from the University of Central Florida, is married and just recently had her own simcha of giving birth to her first child. She also started a company called "Events by Julie."

"Events by Julie" is an event planning company that services Central Florida. It is based out of Altamonte Springs. Julie has lived in Orlando for 12 years, and is a devoted member of the Jewish community. With her previous positions at the JCC of Greater Orlando and the Congregation of Reform Judaism, complimented by Julie's enthusiasm and a superb eye for detail and design, over the last five years, Julie and her team have built up Julbilation as a company that is highly valued in the Jewish communities of Central Florida. It takes care of all event needs, planning a simcha of any kind and makes the planning stress free and one to remember. What makes Julbilation different than all the other event planners is the focus on the Jewish community, ongoing support to nonprofit organizations to organize their galas and fundraisers from beginning to end including silent auctions. Lastly, Julbilation is a full-service concierge for your event based on their travel services including: hotel group rate blocks, rental car group rates, limo services, cruises and honeymoon packages! To get more information about Julbilation, visit their website at julbilation.com or call Julie at 321-262-1148. If you reference this article, you will receive a $100 credit towards a Julbilation service!

Yes, you read right! (I do know how to spell but that's the way it was presented to me.) JCC 39ers president, LEE OHREN and her spouse, JCC 39ers program director, MORT OHREN, asked me to be one of the "celebrity" judges at their organization's "Koogle Kookoff." The other two "celebrity" judges were MARNI CHEPENIK, JCC membership director, and JEANETTE BROWNSTEIN, director of programs for Jewish Family Services. (I was in good company!)

We had to taste eight kugels and choose a third runner-up, second runner-up and a winner! (I was promised there would be NO calories in the kugels.) The winner was JOAN ROSENMAN. (I want the recipe!) 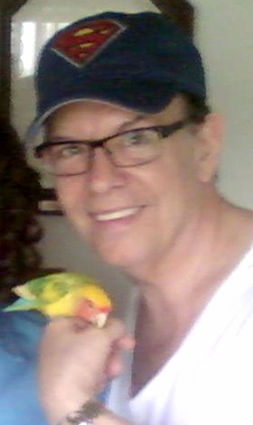 (It seems this entire column is a joke!) Okay, a real joke:

Benjamin and Morris are sitting in a wonderful Kosher restaurant in NYC.

They are talking among themselves in Yiddish. A Chinese waiter comes up and in fluent and impeccable Yiddish asks them if everything is okay, can he get them anything, and so forth. Benjamin and Morris are dumbfounded.

"My God, where did he learn such perfect Yiddish?" they both think. After they pay the bill they ask the manager, an old friend of theirs, also fluent in Yiddish, "Where did your waiter learn such fabulous Yiddish?"

The owner looks around and leans over to them so no one will hear and says, "Shhhh. He thinks we're teaching him English."