What are children learning about Islam in school? 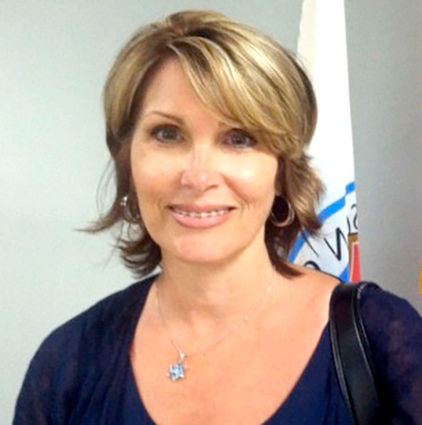 "My people perish for lack of knowledge," said Laurie Cardoza-Moore quoting Hosea 4:6 at the beginning of an ACT! For America meeting on March 26. Cardoza-Moore, founder of the nonprofit organization Proclaiming Justice to the Nations, travels the world educating Christians about their biblical responsibility to stand with and for the people of Israel. With a background in broadcasting and film, Cardoza-Moore believes Christians cannot be silent in the face of terrorism, as they were during the Holocaust.

Her specific topic on this occasion was "Textbook corruption-Indoctrinating your children." She enlightened the audience comprised of Christians and Jews about the world history, geography and social studies textbooks distributed by Pearson Publishers to seventh-grade classes across the country, including Seminole and Orange counties.

The mission statement of this publisher is to "change the way America thinks," by indoctrinating children to globalization standards. In the seventh-grade World History textbooks, a great majority of the material covers Islam. This is where the concern is. Children in secular, public schools are being taught "God's Last Revelation-The Five Pillars of Islam." When one school board was questioned about why seventh graders have so much teaching time being given to Islam, the response was that children in sixth grade learn about Judaism and Christianity.

What can be done? Do parents have a say in what their children are being taught in public schools? Cardoza-Moore encouraged the group in attendance to do what was done in her own county in Tennessee-retain a lawyer and have a tort lawsuit brought up to the school boards stating that they must remove this from our schools because this teaching favors one religion over another and should not be tolerated. Also she encouraged parents to read their children's textbooks, see what they are being taught. Some parents are already fighting to get the books thrown out of the State of Florida.

This expanded teaching of Islam is not limited to seventh grade textbooks. A tenth-grade World History book was brought into question at a recent Seminole County Board meeting-a meeting called at the last minute to discuss distortions, inaccuracies and lies in the text, which were pointed out by scholars of Islam. It should be noted that parents in attendance at this meeting were not opposed to their children learning about Islam, but they are opposed to inaccurate teaching about this religion.

David Moldau, a member of the Jewish community, took a few photographs of pictures in the textbook. Heritage can't run the pictures because they are copyrighted, however one picture shows Muslim women holding hands in front of a nuclear research facility. The caption says they are showing their support for their country's nuclear program. Under the photo a question is asked: Why do Western nations object to the (nuclear) program?

Children can be molded into critical thinking based on how current events are presented to them. Are they taught that most of the terrorist attacks that have taken place over the last 14 years were perpetrated by people who called themselves Muslims?

Another photo is of Osama bin Laden in a "Wanted Dead or Alive" poster, and the question is posed: How does bin Laden threaten the United States security?

It is interesting that bin Laden is mentioned in a section of the textbook that is suppose to be about the religion of Islam.

However, it was brought to his attention that students were required to make prayer rugs.

School board member Jeffrey Bauer did not agree that students should have to make prayer rugs for world history class, and Dr. Blasewitz agreed.

Not having school-age children is not a reason to not be concerned. What children are taught in our schools molds the way they think, and they will be the adults of the future. (Think of Palestinian children being taught from an early age to hate Israel.)

"If we know about the problem there is a chance we can do something to solve it. In this case, ignorance is not bliss... It is dangerous," said Moldau.