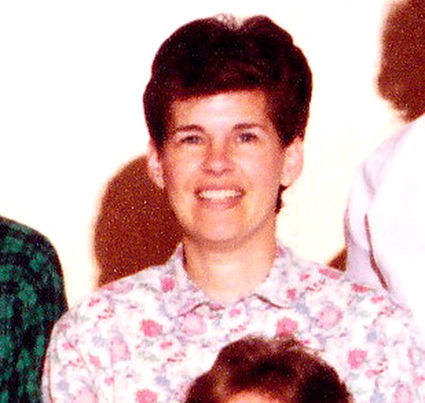 It was April 23, Marcy Rosenbaum's birthday, and the day Heritage was interviewing her about the 31 years she has worked at the JCC Preschool, as it was called when she first started working there part time back in 1984.

Streamers were hanging from Rosenbaum's office ceiling, and just as the interview began, about a dozen three-year-old smiling cherubs squeezed themselves into her small office to wish her happy birthday. The first ones in the door carried a poster with the children's signatures printed around a large red heart pasted in the middle. They broke into a chorus of "Happy Birthday" in English followed by the Hebrew rendition. The children were from the Gan Rishonim class led by their teachers Orna Jaffe and Debbie Wittig. As they were leaving, Rosenbaum thanked each child personally. She knows all the 300-some children at the Richard S. Adler Early Childhood Learning Center.

After moving here from the Washington, D.C., area in 1984, Rosenbaum came to the JCC and asked for a job. Bonnie Friedman, then Preschool director, offered her a position as the Three-Day 3s assistant. What did she do in this position? "I played with kids and helped the teachers three days a week," she said.

This job wasn't about a paycheck or a stepping-stone to further her education. "I came here just because I wanted to be with kids," she said.

But others she worked with knew her potential. "I had people who cared about me and just kept pushing me. 'You can do more,' they'd say."

Rosenbaum began working in the classroom assisting Susie Stone. A couple of years later, another teacher,Dr. Judy Levin, left to have a child. Rosenbaum took over the class and was suddenly a lead teacher.

"My first classroom literally was like a closet! It was the tiniest room ever, and the bathroom was larger than the room," she said recalling the little "shack" the preschool was housed in.

That little shack had been a little wooden farmhouse in the middle of an orange grove owned by Phil and Harvey Kobrin's grandfather, Mr. Yeager.

"It's amazing what's happened to the school since I started here," Rosenbaum said.

As a lead teacher, Rosenbaum taught 4s and Pre-K. Then around 1998-1999 she was asked to become a supervisor. "I was ready to do it, but not finished being in the classroom because I really love teaching."

It wasn't until 2000 that she took on the full-time position of Team Supervisor Threes, Fours and Pre-K. For 15 years Rosenbaum has been responsible for working with the children on her team, working with and supporting the teachers-making sure they have all the information and tools they need. She also works with the parents, conducts tours, and meets new families. "Hopefully I get them to see how we are a family community here and not just a school."

Now, after 31 years, she is retiring. The preschool is holding a retirement reception for her on May 15 and her official last day is June 5, the end of the school year.

Rosenbaum isn't completely ready for retired life. Her plans are to move to Atlanta where her daughter Lauren lives, get settled and "run to the JCC there!" she said laughing. She hopes to, once again, find a part time job, "if they'll hire me." And if she doesn't get a job she will definitely become a member of the JCC where she knows she will many meet people and become involved in their very active (and young) senior program.

"The J is my second home. I owe so much to the JCC in ways I'll never be able to express," she said about the Roth JCC. 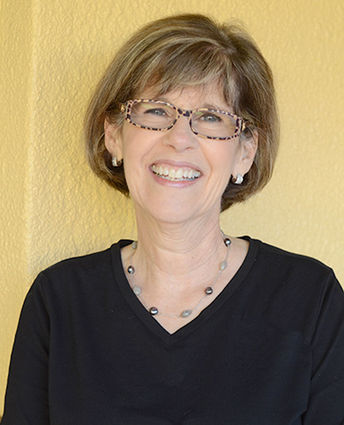 "Since I've been here, I've had unconditional support. Carol McNally (director)-she's the best boss in the entire world. I work with people that are amazing. They have enriched me in so many ways. And the children-they make you feel happy, useful, cared about every single day. That's what makes this job so wonderful because when you are done, even with your most awful day, there's always one little person that looks up at you and is so happy to see you. No matter how you look or how you feel, they just love you unconditionally.

"It's important to me for people to know, that without Bonnie Friedman, Judy Levin, and Carol McNally I wouldn't be who I am or where I am. They've been so influential in seeing my potential and I appreciate that."

The retirement reception for Marcy Rosenbaum will be held Friday, May 15, from 10 a.m. to 11:30 a.m. in the Roth JCC auditorium.