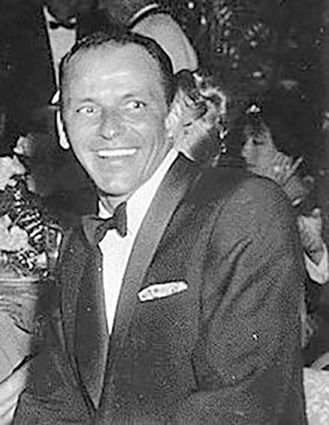 Once again, the light stuff first...

It hurts to think my grandchildren don't even know how famous Frank Sinatra was... sure he has restaurants named after him in Las Vegas, here in Orlando, and probably in many places, but do they know he was "ole blue eyes?" No!

Why is he in a Jewish newspaper, you ask? That's a "no-brainer."

Sinatra was a staunch supporter of Israel and loved the Jewish people. And they (and most of us) loved him right back.

In a recent television special titled "All Or Nothing At All," his entire life was covered, all his fame, his fights against all racism, his fights against anti-Semitism, etc. It covered his fame and all his friendships, including the close one he had with JFK. (Incidentally, one of the surgeons who tried to save President Kennedy on Nov. 22, 1963, that fate-filled day at Parkland Hospital in Dallas, TX, was Dr. Malcolm Perry who was my machetunim. Our eldest son married his daughter more than 31 years ago.)

And if that wasn't enough to melt my heart and move me to tears... it ended with Sinatra singing "New York, New York" which is my hometown.

("Put your dreams away,,," I will never forget Frank Sinatra.)

Now for the hard stuff...

It's too close for comfort. (What is?) Anti-Semitism!

I've written about the rise in anti-Semitism world-wide, especially in Europe (Great Britain, France, Denmark, Belgium, Spain, Italy, Sweden) and even in the middle east (Morocco, all the countries surrounding Israel) South Africa, also Russia and Ukraine, Hungary, South America (Uruguay, Argentina, Venezuela) and as far away as Australia... and now, would you believe, Canada and the United States? I repeat... it's too close for comfort.

According to the World Jewish Congress (WJC) "we must fight back against this global resurgence of anti-Semitism. The global Jewish community is at risk. Jews are concerned not only about threats on the global stage but are frightened, rightfully so, about what is happening in their own backyards. Worldwide we are witnessing a rise in violence against Jews not seen for decades. Age-old threats of anti-Semitism are finding new practitioners. And senseless acts of hatred, intolerance and xenophobia are becoming all too common. The Jewish people are seeing, once again, growing ignorance, growing intolerance and growing hatred. Once again we see the barbarism of anti-Semitism."

In Canada I'm referring to five schools and a synagogue in Calgary that were desecrated with swastikas and other graffiti. (I performed in Calgary with the Jimmy Dorsey Orchestra some years ago.)

And in the U.S. on the eve of Passover, a former KKK member with a history of making anti-Semitic comments opened fire outside a Kansas City, Missouri Jewish Community Center and retirement home, killing a woman and a teenager and his grandfather.

(Sickening and scary. The painful lessons of history taught us that bearing witness is not enough. Get involved!)

Our own DONNA FIEGEL tells us that Disney's "Beauty and the Beast," a fabulous Broadway musical is playing here in Orlando. It opened on May 12 and will continue its run on May 15, 16 and 17 at the Dr. Phillips Center for the Performing Arts, 445 S. Magnolia Ave., Orlando, thru Fairwinds Broadway in Orlando.

Adapted from the classic Disney animation, "Beauty and the Beast" has now been seen by over 35 million people worldwide since its premiere in 1994. Featuring all of the beloved songs from the original movie, including Be Our Guest and the title track, the show also includes additional numbers from original composer Alan Menken and musical theatre legend Tim Rice.

"Beauty and the Beast" follows the fortunes of Belle, a smart, beautiful young woman living in a quiet village in France. She longs for a life less provincial and more like the adventures in the books she reads. When her father goes missing in the woods one day, Belle sets out to find him, and happens upon an old castle in the heart of the forest. Inside dwells the Beast, a wild and savage creature, who was once a young man, but was cursed by an enchantress for his vanity and pride. Only by learning to love and be loved for what lies within, rather than exterior beauty, can the Beast reverse the spell.

Red Nose Day, a great name for a great cause, takes place on May 21. It's all about having fun, raising money and changing lives. Money raised through Red Nose Day will help transform the lives of children living in poverty in the U.S. and overseas. For ways to get involved, go online to 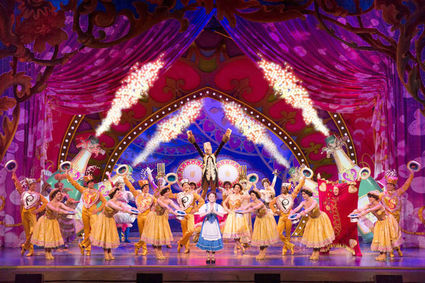 Beauty and the Beast

I bought my red nose at the Walgreens Drugstore on Aloma Avenue and Lakemont in Winter Park. The store clerk, ANGELA, and store manager, FRED HOLLY, made sure I knew about it and that it was for a great cause. (Sure! It covered up my nose I suppose that's a great cause.)

It's Sunday evening and Rabbi Levy is in deep conversation with his friend.

"I must tell you something, Moshe," he says, "I made nine people very, very happy today."

"A mitzvah, Rabbi, a true mitzvah," says Moshe, "but tell me – how did you manage to achieve this?"

"I performed four marriage ceremonies in my synagogue this afternoon," replies Rabbi Levy.

Moshe is puzzled. "I can see how you made eight people happy, Rabbi, but what about the ninth?"

"Do you really believe I did all this for free?" replies Rabbi Levy.