Could an Israeli invention end cooking as we know it? 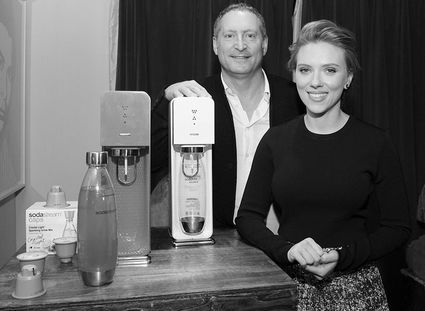 But a new app developed by Israeli entrepreneurs will actually prepare the food for you on your kitchen counter.

While not quite as fantastical as it sounds-to use the app you also need a coffeemaker-sized appliance called The Genie-the invention promises to prepare mess-free, all-natural, healthy food in just seconds.

Described by one writer as "like a Keurig [coffeemaker] for food," the device, which looks sort of like a fancy rice cooker, uses Keurig-like single-serving, disposable (but in this case recyclable) pods.

Genie creators Ayelet Carasso and Doron Marco told Reuters the food in the pods will be nutritious and free of preservatives, the ingredients kept fresh simply through freeze-drying technology.

"The dish can be anything, it can be a meal like chicken with rice, like couscous with vegetable or an amazing Ramen or even a chocolate soufflé or any other dessert that you want," Carasso told Reuters. (The product does not appear to have its own website yet, nor is it featured on the site of Marco and Carasso's White Innovation company.)

While not yet available commercially, at least not to individual consumers, The Genie, expected to cost several hundreds dollars, is preparing for mass production and distribution. The meal pods will be "priced so they are comparable to a meal, snack or dessert," Reuters reported.

The Genie's creators say it could also help solve global hunger. "In our world, we are getting fat and we are throwing away a lot of food, in their world, they don't have any food," Marco told Reuters. "So if you use Genie, you can distribute the food better, you can have the shelf life much longer without the preservatives, give the people better food for them."

The Genie also brings to mind another revolutionary Israeli kitchen appliance: SodaStream soft-drink makers. Let's hope The Genie manages to avoid the Boycott, Divestment and Sanctions problems that hit SodaStream -keeping production out of West Bank settlements or Bedouin areas would help. One thing that remains unclear from the coverage so far is what the cooked product looks like: Promotional materials show beautifully plated meals, but from what I could see on the Reuters video, the food comes in the form of mush and is served up, Cup-o'-Noodles style, in a cardboard container. Which makes me think of the chewing-gum meal in "Charlie and the Chocolate Factory" that tastes great but turns Violet Beauregarde into a giant blueberry.

More importantly, if SodaStream chose Scarlett Johansson as its celebrity spokeswoman, who will The Genie choose? I'm rooting for Natalie Portman.