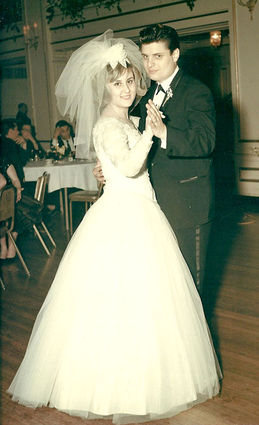 I received a phone call...

A very lovely sounding lady named LILLY phoned me recently to talk about anti-Semitism. She felt that Jewish organizations and communities should let all the good things Jewish people do be known via media ("positive commercials" she said) so Jews would be much more valued in society and less likely to be picked on.

I am trying to do just that, especially when I write about all the scientific breakthroughs coming out of Israeli universities. But then, mostly Jewish people read my column and already acknowledge our value.

Most of all, I think I've mentioned on more than one occasion that the entire world is being punished for the Holocaust, not just our people, because, surely among the six million slaughtered was the one (or many) that would have found a cure for all kinds of cancer.

And speaking of the Holocaust...

I read the following article in this month's issue of the World Jewish Congress digest (WJC) and pass it along in its entirety. It is titled "Italy's Senate Votes To Criminalize Holocaust Denial":

"Following changes to the proposed law to protect freedom of speech and freedom to study, 234 senators voted in favor of a bill that would outlaw promoting, inciting or committing acts of racial discrimination based in part or wholly on Holocaust denial.

Eight senators abstained and three voted against. Under the law, those found guilty would face a three-year sentence. Crimes against humanity and war crimes are also covered in the bill, which must pass through Italy's lower house before it can become law. If it passes, Italy will join France, Germany, Great Britain and other European countries that have criminalized Holocaust denial."

Would you believe? Social networking for your dog!

"A new Israeli app called 'Woof' is offering an innovative way for dogs and their owners to meet and greet.

'Woof' allows you to create a social profile for Fido with full details, including name, breed, gender and photo. You can then take Rover for a walk, and with the tap of a button, track in real time other 'Woof' users in your area whom you can contact (and who can contact you) to share the walk or find a nearby park where you can enjoy a play date with more pets and their families. The site also allows you to upload dog-related posts and find pet services. Already in use, the app is free."

(Leave it to the Israelis.)

Love lasting more than half a century. Most unique in these times!

This is truly a love story. A story about two wonderful people, RISA and GIL DOMBROSKY, who met in June 1963. "We were fixed up by Gil's boyfriends and my girlfriends from high school," said Risa. "Gil was a Chicago southsider and I a Chicago northsider. Since Gil's grandfather lived on the north side and Gil rarely saw him, our first date consisted of going to see his grandpa and out for coffee. (He didn't want to spend too much on me if it turned out he didn't like what he saw)."

Risa continued, "Well, I guess he liked what he saw and we married May 2, 1965 at the Belden Stratford Hotel with over 200 people attending.

Sons ADAM came along in 1967, TODD in 1970, and daughter KARYN in 1973. Adam recently married CRYSTAL, an artist of amazing talent. Todd and his wife, STACY, gave Risa and Gil two grandchildren (KAYLA and KYLE). Daughter Karyn is a children's librarian supervisor in Boca Raton, Fla.

Gil sold shoes most of their married life living in Chicago; Atlanta; Sunrise, Fla.; and most recently, the Orlando area. Risa was a homemaker until around 1983 when she started work as an insurance bill collector for various medical offices. Gil and Risa are mostly retired now with Gil continuing to work part-time as a Heritage employee."

Risa and Gil celebrated with a cruise on the Royal Caribbean Lines to Haiti, Jamaica, Grand Cayman Island and Cozumel, Mexico.

(I have the pleasure of knowing these terrific people, Risa and Gil, a great couple, indeed. Happy Golden wedding anniversary.)

Angel Flight Southeast is proud to announce that Seminole County pilot ALAN HOFFBERG, of Longwood, has been named the 2015 Dr. Norris Award recipient. This is the inaugural year for this honor and it recognizes Angel Flight Southeast volunteers for their service to country. Additionally, Alan was a nominee for the Pilot of the Year Central Florida East region.

Attention to the manager and the entire staff at the Olive Garden Restaurant, 665 N. Orlando Ave, Winter Park. You have a staff member with a terrific personality and spectacular skills as a waitress. Her name is AUBREY HESS. 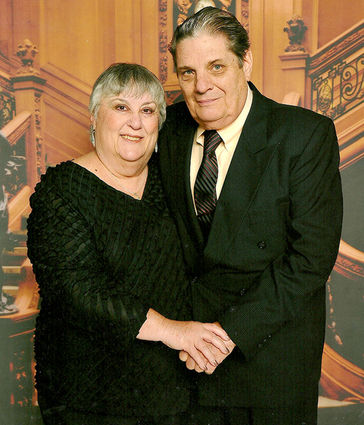 One day, Avram meets Hymie at the Altamonte Mall.

Correction: In last week's Scene Around, the photo that ran with the announcement of the Congregation Ohev Shalom Seniors Group's next meeting, was not of Joe Lupis, Jimmy Ventura and Robin Ventura. That photo will run next week.