JNF's largest endowment in its history 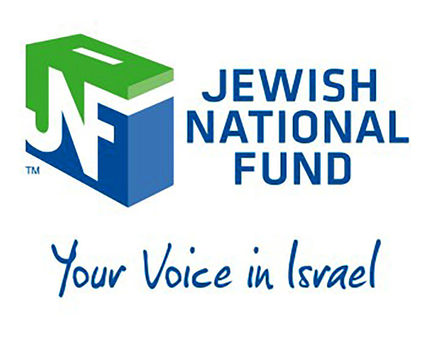 NEW YORK-Jewish National Fund (JNF) announced that it has created the new $100 million JNF Boruchin Israel Education Advocacy Center to focus on Israel and Zionist educational programming, designed to be one of the most powerful new initiatives in the Jewish world.

The JNF Boruchin Israel Education Advocacy Center will concentrate its resources on advocating for Israel, Israel education in the Diaspora, and countering the BDS movement, all with the goal of strengthening the connection of all Americans, now and in the future, to the land and people of Israel. The center, administered within JNF, was created as a result of an estate gift of the late John and Dora Boruchin of California. No previous bequest has ever funded such a bold initiative to promote and develop Zionist education on this magnitude.

John Boruchin was born in Poland and met his wife Dora in Russia after World War II. While most of John's family perished in the Holocaust, Dora's immediate family survived, and now live mainly in Canada and the United States, and remain active supporters of Israel and Jewish National Fund. John and Dora came to the States and he slowly made his fortune in real estate, eventually becoming one of the largest tract-home builders in California. Both are survived by their son, Isak. The Boruchin's love and passion for Israel and Zionism has led their goal to connect young people to Israel and their Jewish roots through JNF.

"John and Dora Boruchin saw that their lifelong commitment to Israel and the Jewish people would continue through their bequest to JNF," said Mike Lederman, chairman of the JNF Boruchin Israel Education Advocacy Center. "The Boruchins wanted JNF to undertake bold initiatives connecting Jewish youth to Zionism and advocating for the Jewish state. The Boruchin Israel Education Advocacy Center is their living legacy and their gift comes at a critical period in history as Israel and world Jewry face serious challenges with rising anti-Israel sentiment and anti- Semitism. This center is needed now more than ever."

The JNF Boruchin Israel Education Advocacy Center, managed by a committee appointed by JNF President Jeffrey E. Levine and approved by JNF's Board of Directors, will function within the JNF structure. It will fund new innovative projects in partnership with individuals, foundations, and other non-profit and non-governmental organizations based on their commitments to match funds on a multi-year basis.

Initial funding comes from a $100 million distribution from the Boruchin Family Estate and additional fundraising for the JNF Boruchin Israel Education Advocacy Center will be coordinated by JNF.

The JNF Boruchin Israel Education Advocacy Center will have the flexibility to evaluate and fund appropriate non-JNF programs, as well as enhance the current dynamic JNF Zionist Advocacy and Education programs:

• Blue Box Bob activities-Across the U.S. students in grades pre-K-4 are connected to modern Israel while learning the history of the Jewish homeland with age-appropriate educational materials.

• My Israel Trees-A school program that will annually reach 15,000 students in the U.S.

• Tu BiShvat Across America-This program works together with schools, colleges, and

synagogues across the U.S. to promote environmentalism and commitment to the land of Israel. In 2014, 400 elementary schools and 50 college campuses took part.

• Alternative Break in Israel-College students travel to Israel on their school breaks to work on projects for which they raise money.

• Birthright-JNF sends thousands of young people to Israel for a free 10-day trip on Taglit- Birthright Israel together with Shorashim.

• Caravan for Democracy Student Leadership Trip to Israel-This annual trip brings a highly selective group of 30 college students of all faiths who have never visited Israel.

• Positively Israel-This popular initiative raises awareness for Israel on American college campuses about the ways in which Israel makes the world a better place. In 2014, 40 campuses took part.

• JNFuture - A national group of like-minded 25-35-year-old professionals committed to the environment and community development in the Jewish homeland.

• JNFuture Volunteer Vacation-Young professionals reconnect with Israel to work on projects for which they raise money.

• Speakers Bureau-A library of experts who speak to American audiences at meetings and community events on wide-ranging topics that include: Perspectives on Israel and Jewish History, Anti-Terrorism and Security, Environmental Sustainability, U.S. Government Relations, JNF's Work in Israel, Media and Current Events, Middle Eastern and Foreign Affairs, and Positively Israel.

• Faculty Fellowship Summer Institute in Israel-Academics from colleges and universities around the U.S. participate with Israeli scholars from diverse disciplines. Since 2008, more than 70 fellows have taken part and return to their campuses eager to change the conversation about Israel and spread awareness of Positively Israel.

For further information about the JNF Boruchin Israel Education Advocacy Center and to request a partnership opportunity, please contact JNF at boruchin@jnf.org.