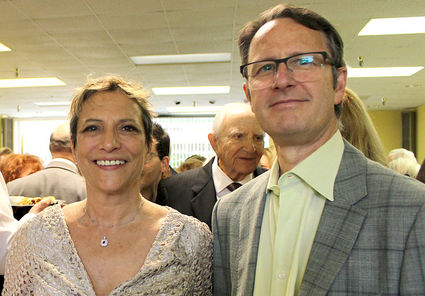 The Board of Directors for the Kinneret Council on Aging (KCOA) and Kinneret I and II Apartments have announced their new Executive Board for 2015-2016. Newly installed executive officers are: Geanne Share, president; Don Levin, vice president of Budget/Finance, treasurer; Neal Blaher, past president and Mollie Savage, recording secretary.

The Kinneret I and Kinneret II Executive Board also welcomes the following: Dick Appelbaum, vice president of Building and Grounds/Management liaison.

The Kinneret Apartments are the Jewish community's twin residence towers for low-income senior citizens located in downtown Orlando. The Kinneret Council on Aging (KCOA) is a non-profit agency that subsidizes a nutritious meal program available to residents and other life enhancing programs. For information on the facility please contact Leslie Collin at 407-425-4537 ext. 215.