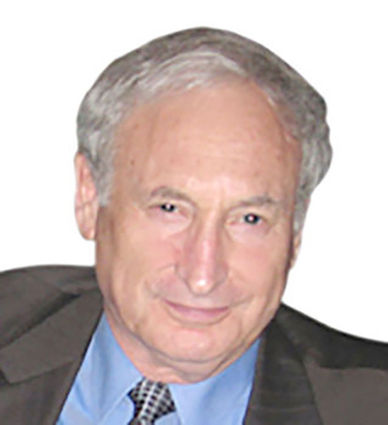 The Roth Family Jewish Community Center of Greater Orlando announces that it will be renaming its array of basketball leagues as the Charles I. Schwartz Memorial JCC Basketball League and completing a renovation to its basketball gym in memory of Charles Schwartz.

Schwartz, a longtime supporter of the JCC and Jewish community, passed away in September 2014.

In the months since Schwartz's passing, JCC leaders reflected on a number of ways in which to honor his memory. The most impactful intersection of his fundamental commitment to friends and community was the basketball gym at the JCC.

"Charles served both as an ambassador to newcomers and a mentor to virtually everyone who walked through the gym door. Even when he became ill and could no longer play, Charles remained a fixture at the gym to provide support and encouragement to friends and other players. By building friendships and nurturing bonds that have lasted a generation or longer, Charles was central in creating a true sense of community at the J," said his nephew and longtime business partner Marvin Shapiro.

With Schwartz's help, the JCC's indoor basketball facility was constructed over 30 years ago. In addition to the year-round youth and adult basketball leagues, it is home to many daily JCC programs and activities and is used regularly by the Jewish Academy of Orlando and other community agencies. Today, it requires a capital fund to replace the gymnasium lights, bleachers and divider curtain, as well as sustain the floor, basketball standards and goals, bleachers, scoreboard and other equipment.

To make the necessary improvements, the JCC's goal is to raise $100,000-plus to endow the gymnasium so that it can remain a Jewish community forum for the next generation.

To ignite this campaign, Schwartz's longtime business partners in Avanti Properties Group provided a seed gift of $25,000, which combined with a group of his close friends and family from Orlando, U.S. and Canada, has resulted in a total capital commitment of over $90,000.

"Charles' passion for basketball was legendary," said David Wayne, the JCC's executive director. "He was a tireless player and cheerleader all bound up into one. Charles spent literally decades inside the gym at the J, where he perfected his own game and encouraged players of all ages to do the same. And, we are thankful to Marvin Shapiro for spearheading the fundraising efforts and keeping Charles' name as part of the JCC in perpetuity."

To contribute to this campaign to sustain a wonderful community tradition in Orlando and become a sponsor of the creation of the "Charles I. Schwartz Memorial JCC Basketball League," visit orlandojcc.org/charles