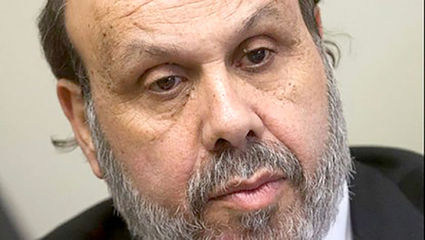 "A Reform Jew, from the moment he stops following Jewish law, I cannot allow myself to say that he is a Jew," David Azoulay, of the Sephardic Orthodox Shas party, said Tuesday morning, July 7, on Army Radio. "These are Jews that have lost their way, and we must ensure that every Jew returns to the fold of Judaism, and accept everyone with love and joy."

"Those who follow Reform Judaism living in the Diaspora are in the majority people who are wrong," he said, stressing that halachah, or Jewish law, determines the rules for conversion. "We want to take care of all those Jews returning to Judaism according to Jewish law."

The Israel Movement for Reform and Progressive Judaism sent a letter to Israeli Prime Minister Benjamin Netanyahu asking him to publicly reject Azoulay's statements, which he did. In a statement released the same day from his office, he said that they do not reflect the position of the government.

"I have spoken with Minister Azoulay to remind him that Israel is a home for all Jews and that as Minister of Religious Affairs, he serves all of Israel's citizens," Netanyahu said.

As an Israeli living in Israel, I categorically condemn this person's intolerance and abandonment of Jewish principles. He's a member of the Shas party, the most racist and intolerant religious political party that it has ever been Israel's disgrace to field.