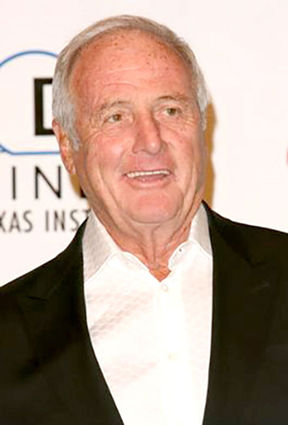 This information comes directly from the World Jewish Congress (WJC) digest with asides by me in parenthesis. I find it very interesting but not at all surprising:

"A recent report released by Pew Research Center and reported by the Jewish Telegraphic Agency found that Muslims will overtake Christians in the last half of the 21st century as the world's largest religious group in the United States.

Looking at other trends including national Jewish communities around the world and Jewish fertility rates, the report noted that Jewish global population is expected to rise to 16 million in 2050, up from 14 million in 2010... a lower growth rate than the general world population.

Overall, Jews comprise approximately 0.2 percent of the world's population, with about 44 percent in North America; 41 percent in Israel, the Middle East and North Africa; 10 percent in Europe; and 3 percent in Latin America and the Caribbean.

By 2050, 51 percent of Jews are expected to live in the Middle East (almost all in Israel) and 37 percent in North America. The number of Jews in Europe is expected to decline dramatically. (Gee... could it be the rising anti-Semitism in Europe?)

Nearly 95 percent of all Jews live in just 10 countries according to the study. Except for Israel and the U.S., none of those countries are more than 2 percent Jewish.

And speaking of Brazil (Brasil as the Brasilians spell it)...

This comes directly from the Lubavitchinter National newspaper:

The Edmond J. Safra Synagogue and community center, a 20,000 square foot project will open in Ipanema where there are some 1000 Jewish residents. The new center will include study rooms. Event halls, libraries and the main Sephardic style shul under the auspices of Rabbi GABRIEL ABOUTBOL.

In nearby Copacabana, a hotel is in the works to provide kosher accommodations for Jewish visitors from around the world. The Best Western Eretz Copacabana will be managed by Best Western and will be completed by March 2016. The hotel will feature 64 rooms, a shul led by Chabad of Copacabana, and a kosher restaurant."

(I love Brasil and have been there a few times to record CDs and perform. My agent ROBERTO DRATCU is a native Brasilian and lives in Sao Paulo.)

We lost a showbiz giant...

He began his career as a talent agent, having managed relatively unknown singer John Denver in 1970, developing Denver's success through concerts, television specials and film roles, including Oh, God! (1977).

Weintraub has been credited with making "show business history" by being the first to organize and manage large arena concert tours for singers. Among the other performers whose tours he managed were Elvis Presley, Frank Sinatra, Neil Diamond, Bob Dylan, and Led Zeppelin.

I received the following from NANCY LUDIN, executive director of the Jewish Pavilion. Nancy was amazed that her chosen "mensch" attends five Shabbat services in one day!  I pass her words along to you:

"On the second Friday of every month, DEBBIE MEITIN races from one Shabbat (service) to another. From 11 a.m. until 5 p.m. she diligently leads four Shabbat services as a volunteer for the Jewish Pavilion and then races home to get ready for evening services at Temple Israel.

Her combination of warmth, Judaic knowledge and a beautiful singing voice make her the ideal service leader.

Debbie is adored by the seniors who reside in long-term care, the staff at the facilities and the Jewish Pavilion staff."

(Debbie is a long-time member of our Jewish community. She is a lovely person... but who knew she had such terrific talent! We are indeed lucky to have her.)

Another lovely lady in our community...

We at Heritage recently heard from RHONDA DES ISLETS.

She is proud to announce the marriage of her son JORDAN SHROYER to his fiancé JAMIE MORTON, both of Orlando Florida. Jamie attended the University of Florida and works at Full Sail University and Jordan is a graduate of the University of Central Florida and is a senior account executive at AKT Enterprises along with playing in the band Teen Agers and starting a new record label. They were married in Boulder Colorado and live in downtown Orlando.

Rhonda's late parents, Bernard and Diana Levin would be so proud of their grandson.

(Musical talent is in this familiy's genes for sure. Mazel tov!)

When Irv and I are really very hungry we like to go to the Friendly Confines Sports Restaurant on Aloma Avenue in Winter Park.

Their portions are super-sized and we always seem to have plenty of left-overs to take home for another meal. 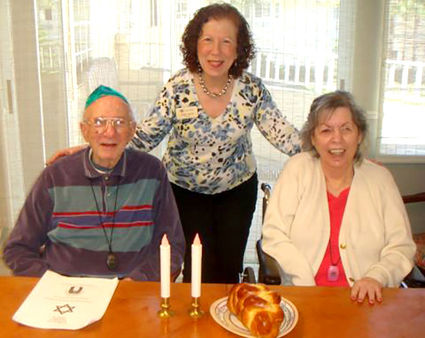 They also feature sports on television, music and on some nights karaoke (for you singers out there.)

The last time we were there last week, our waitress, KRISSIE, was absolutely the best!

Moishe goes for a walk in the woods. Suddenly, a 6-foot-tall grizzly bear appears and approaches him at quite a fast pace.

But then Moishe notices that the bear has stopped, has put on a kippah, and has also began praying.

But as Moishe approaches the bear with an outstretched hand to greet a fellow Jew, he hears the bear conclude his prayer with, "Hamotze lechem min haaretz. Amen."