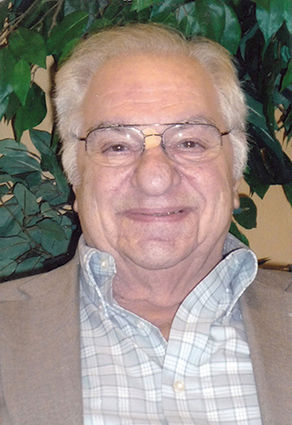 I received this warning from the World Jewish Congress (WJC) digest. (With all the mishagas that's happening in my world lately, this I DIDN'T need!)

The heading reads "Online Holocaust Denial Spreading Rapidly, LAJC Warns." I pass it along to you:

"The Latin American Jewish Congress (LAJC), an affiliate of the World Jewish Congress, has warned that Holocaust denial on the Internet is growing quickly, and they have launched a campaign to combat the dangerous phenomenon.

Some 350 Spanish-language videos denying the Holocaust have been viewed more than 10 million times, according to the LAJC. 'If we don't remember what happened, the victims die a second death, and this could open the possibility for another Holocaust,' said CLAUDIO EPELMAN, executive director of the Buenos Aires based branch of WJC. 'The internet is a place for information and communication,' he added, 'but nowadays it is also a platform for spreading hatred and discrimination.'

Shoah may lose its resonance...

"Over 80 percent of Israelis think the Holocaust will one day fade from memory, although it still influences the daily private and public life of the Jewish state."

This was the finding of a recent poll of five hundred Jewish Israeli adults, conducted by The Center of Organizations of Holocaust survivors.

Asked whether the Holocaust will lose its significance as the seminal catastrophe of modern times and fade into history as 'just another event,' 36.6 percent of respondents said it was a certainty, 45 percent said it may happen, and only 17.5 percent responded that this would not occur.

I read this in The Roth Family JCC program guide:

"Led by certified Laughter Yoga Leader, DANA KAPLAN, the Laughter Club is a gentle and fun form of exercise that reduces stress and boosts happiness and well-being.

Based on the many proven scientific benefits of laughter, Laughter Yoga is a global phenomenon with over 10,000 clubs in over 72 countries around the world.

Laughter Club is for anybody and everybody, of all ages and fitness levels, who wishes to bring more joy into their lives.

This program should bring as much joy into our lives as attending Laughter Yoga:

On Sunday, Aug. 30 at 2 p.m., the Congregation Ohev Shalom Seniors are hosting a free ice cream social with fabulous entertainment. President BERNY RAFF wants to invite everyone in our community to enjoy the ice cream and the music of the wonderful Jazz Big Band and Combo at no charge!

The Jazz Big Band is a 17 piece jazz band that performs traditional swing and big band (the good stuff) music including hits from major artists that we loved.

For any questions or for directions to Congregation Ohev Shalom, 613 Concourse Parkway South, Maitland, phone Berny at 407-657-8215.

On Saturday evening, Sept. 12 at 7 p.m., The Little River Band will perform at the Mount Dora Community Building Theater.

This group has had many, many hits, including "Lonesome Loser," "Reminiscing," "Lady," "Help is on the way" and too many to name here.

For ticket prices, directions and other information, phone or go online.

If you grew up in the fifties...

The cozy and wonderful Winter Park Playhouse, claiming to be "Central Florida's Only Professional Musical Theatre," is presenting "The Marvelous Wonderettes" on stage beginning on Sept. 11 and running through Oct. 10, with a preview performance on Sept. 10.

According to the Playhouse, "This smash off-Broadway hit takes you to the 1958 Springfield High School prom where we meet the Wonderettes, four girls with hopes and dreams as big as their crinoline skirts!

Featuring classic 50s and 60s hit songs including 'Lollipop,' 'Dream Lover,' Stupid Cupid,' 'It's My Party,' and over 20 other classic hits!"

Everyone knows by now, how much I love food (yum). And if you do too, you must go to O'Stromboli Gourmet Italian Eatery at 1803 East Winter Park Road in Orlando.

The place may be small and cozy, but the portions are large... so much food that I had to take home what I couldn't finish and will have it for dinner tonight... with a nosh for lunch as well!

(Terror groups like ISIS bring this joke to mind):

Sam and Saul are facing a firing squad.

The executioner comes forward to place the blindfolds on them.

Sam disdainfully and proudly refuses, tearing the thing from his face.