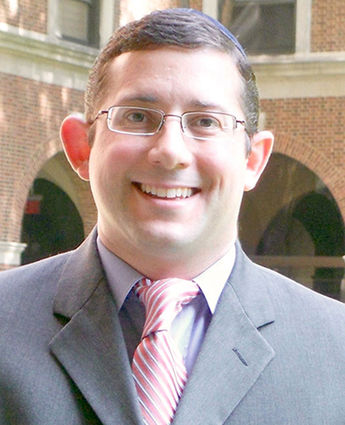 Few sounds are more mystical and breathtaking than the sound of the shofar heard daily during the month of Elul. And no shofar blast is perhaps more awe-inspiring than the blast heard at the conclusion of the S'lichot Service. Congregation Beth Am in Longwood is proud to host the community-wide S'lichot service on Saturday night, Sept. 5 and a Shabbat dinner on Friday, Sept. 4 that will be co-hosted by Our Jewish Orlando (OJO). The S'lichot Scholar-in-Residence will be Dr. Jonathan Milgram, assistant professor of Talmud and Rabbinics at the Jewish Theological Seminary ((JTS).

Dr. Milgram, the 2009 List College Professor of the Year, has taught at the JTS since 2004. In addition, he has taught at Hunter College, the Drisha Institute and Yeshivat Chovevei Torah and also served as professor at the University of London's School of Oriental and African Studies and London School for Jewish Studies (formerly Jews' College) in England. Dr. Milgram is former coordinator of JTS's Saul Lieberman Institute for Talmudic Research, a research institute dedicated to the computerization of medieval Jewish manuscripts, and recently was on the editorial staff of the Encyclopedia Judaica, second edition.

Dr. Milgram's research interests and publications deal with Talmud and Jewish law and his book, "From Mesopotamia to the Mishnah: Tannaitic Inheritance Law in its Legal and Social Contexts," will be published by Mohr Siebeck Publishing in 2015. His teaching experience includes courses in Bible, Dead Sea Scrolls, comparative sex ethics, Talmudic literature and medieval Jewish law. His critical commentary to tractate Bekhorot Chapter VIII (forthcoming) will be included in the series published by the Society for the Interpretation of Talmud in Israel.

Dr. Milgram will present an Open-to-The-Community program titled "Ethics of Hope, Ethics of Doom: Comparative Sex Ethics in early Judaism(s) and Christianity" on Friday evening. The Shabbat dinner begins promptly at 6:30, followed by the 7:30 service in which Dr. Milgram will speak. He will also facilitate a discussion during the Oneg that follows the service.

OJO, co-host for Kabbalat Shabbat, is an arm of the Jewish Federation of Greater Orlando. OJO connects Jewish individuals and young families to one another. Through partnerships and programs, OJO creates and helps to sustain a lifelong commitment to Jewish life, community, and philanthropy.

The community-wide S'lichot Service will begin at 9 p.m. on Saturday, Sept. 5 in the sanctuary at Congregation Beth Am. Co-hosted by the Greater Orlando Board of Rabbis (GOBOR), Dr. Milgram will speak on "From Mishnah to Microsoft: Memory, Manuscript and Modernization." Dr. Milgram's program, sponsored by the Jewish Theological Seminary, will be followed by the spiritually charged service. The current president of GOBOR is Rabbi Hillel Skolnik of the Southwest Orlando Jewish Congregation.

Debbie Davids, president of Congregation Beth Am, said, " We, at Beth Am, are grateful to the JTS for sharing Dr. Milgram with the Central Florida Jewish community for this S'lichot weekend. We thank Rabbi Skolnik and GOBOR for cohosting the S'lichot service and Our Jewish Orlando for participating in the Shabbat dinner. Beth Am strongly supports the efforts of the JFGO and OJO and we look forward to sharing Shabbat in the future. Lastly I want to thank our Rabbi, Rick Sherwin, for his spiritual guidance and leadership as we enter a new year."

For more information on these events and the High Holy Day service schedule at Beth Am, consult the synagogue's web site at http://www.CongBethAm.org.